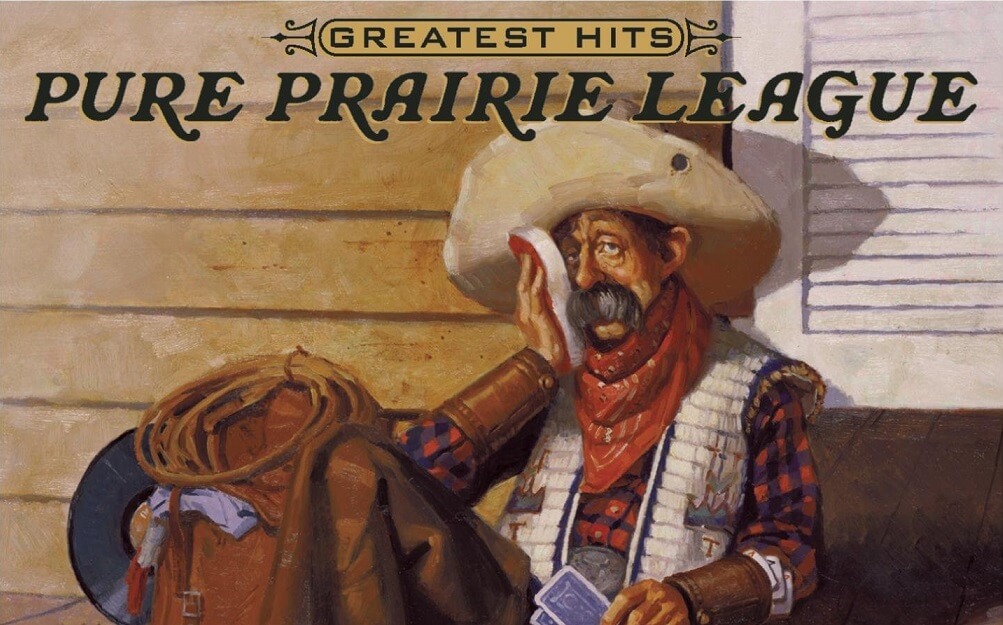 Fuller officially started the band in 1970 and McGrail named it after a fictional 19th century temperance union featured in the 1939 Errol Flynn cowboy film Dodge City. The Pure Prairie League scored five consecutive Top 40 LPs in the 1970s and added a sixth in the 1980s. The band has had a long run, active from the 1970s through the late 1980s and was revived in the late 1990s for a time, then again in 2004. Pure Prairie League continues to tour and performs over 100 concerts a year, primarily in the northeastern and mid-Atlantic regions of the United States.

As “Amie” grew in popularity, radio stations began receiving requests for it. As a result, RCA re-released Bustin’ Out and issued “Amie” as a single for the second time in late 1974. It peaked at No. 27 on April 26, 1975, just as a minor bluegrass revival was underway on midwestern college campuses.

RCA re-signed Pure Prairie League and their third album, Two Lane Highway, was released in June 1975. It featured guest appearances by Chet Atkins, fiddler Johnny Gimble, Don Felder from The Eagles, and Emmylou Harris, who dueted with the band on the song “Just Can’t Believe It”, which received much airplay on country stations.

In 1977 Call left because of increasing back troubles. Larry Goshorn’s brother, Tim, joined in time to record Just Fly (March 1978).