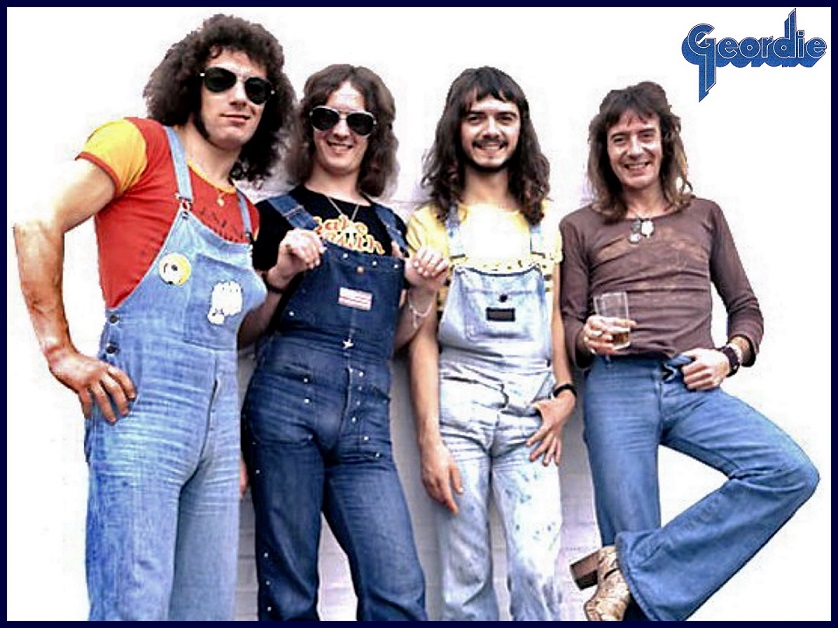 The hit “All Because Of You” is from Geordie, a British glam rock band from Newcastle upon Tyne, most notably active in the 1970s.

In March 1973, Geordie released their debut album, Hope You Like It on EMI label. Trying to compete with such British glam rock outfits as Slade and Sweet (Geordie supported the former on a UK tour, as well as the latter at a concert at the Rainbow Club, London in March 1973), they achieved UK Top 10 status with “All Because of You” (April 1973) and had a UK Top 20 hit with “Can You Do It” (July 1973). They also had several appearances on BBC Television including 15 appearances on Top of the Pops, one of which was in November 1972.

“All Because Of You” by Geordie

In the early 1970s Geordie toured Australia regularly and gained a solid following in Newcastle, New South Wales, due to the “Newcastle” connection and the song “Geordie’s Lost his Liggie” gained popularity and airplay in Newcastle. They were one of the regular touring bands to play at the “art deco” Savoy Theatre in Lambton. Their second album, Don’t Be Fooled By The Name (1974), including a cover of traditional “House of the Rising Sun”, failed to yield a hit.

After their 1976 album Save the World, frontman Johnson left for a solo project. The band’s final album, No Good Woman, in 1978 consisted of three unreleased tracks with Johnson and new material recorded by Malcolm with future Dire Straits keyboardist Alan Clark, vocalist Dave Ditchburn, bassist Frank Gibbon, and drummer George Defty. Johnson had meanwhile begun to perform as Geordie in a new line-up, sometimes also called Geordie II, in which he was the only original member. The band signed a recording contract in 1980, but finally folded that spring when Johnson replaced the late Bon Scott in AC/DC.