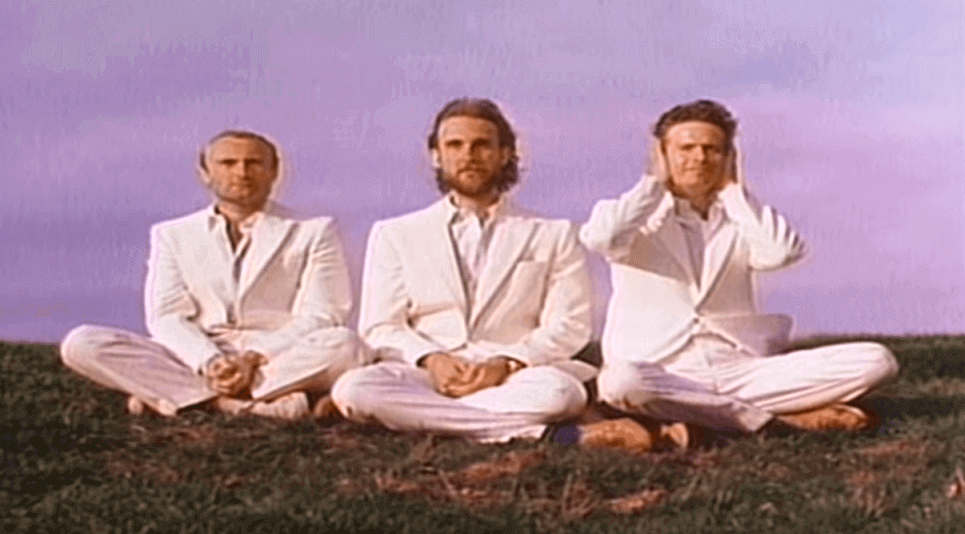 “Keep It Dark” was released in 1981 as a single in Europe only. It reached number 33 in the UK Singles Chart.

A forgotten song between the other many hits Genesis had with Phill Collins, it describes a man who has been to the future and has seen a bright, happy world where everyone is filled with joy, cities are filled with light, with no fear of war, and all exploitation has ceased as all creatures have happier lives.

Once he returns, however, he is pressured to lie about the incident (i.e., to “keep it dark”). Instead he claims that he was kidnapped by thieves who wanted to take his money.

“Keep It Dark” by Genesis

In the DVD interview accompanying the 2007 re-release of Abacab, the album from which the song comes, composer Tony Banks said that “the idea was that this character had to pretend that he’d just been robbed by people and that’s why he’d disappeared for a few weeks, and in fact what had happened [was] he’d been to the future and gone to this fantastic world where everything was wonderful and beautiful and everything… but he couldn’t tell anybody that, because no one would believe him and the powers that be kept him silent.”

The song’s structure is unusual: the rhythm is in a 6/4 time signature, with a distinctly syncopated rhythm guitar part. Lead singer Phil Collins sings in falsetto for certain lines of the song. The pace overall, particularly the drums, is similar to the album’s title track.