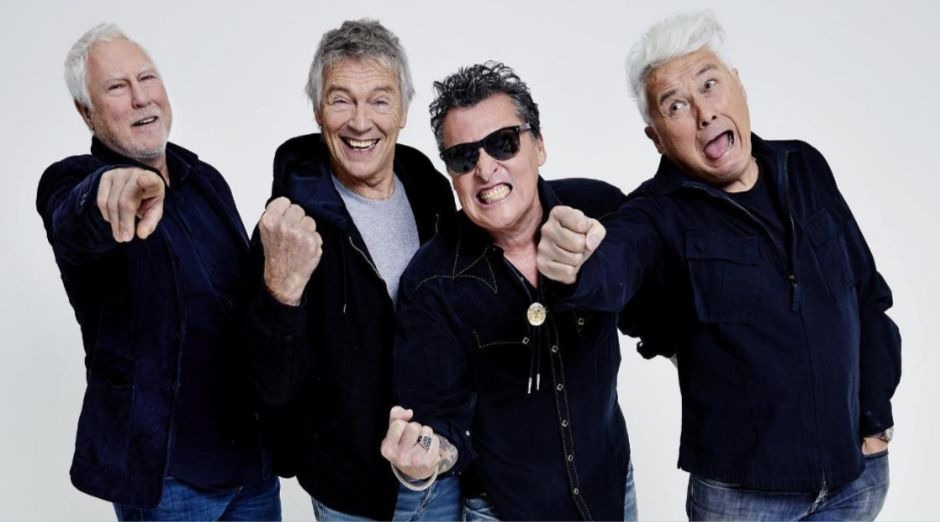 The Dutch rock band Golden Earring was formed in 1961 (59 years) and had big hits like “Radar Love” (1973). Their line-up still have members that are in the band since the 1970. They are co-founders bassist/keyboardist Rinus Gerritsen (73) and vocalist/guitarist George Kooymans (72). Along with flautist/saxophonist/singer Barry Hay (71) and drummer Cesar Zuiderwijk (71).  But, unfortunately it’s a banda that is not well remembered as it should be.

The song has been chosen by many magazines and websites as a Top 10 driving song. Often it ranked in the top three. Also in polls it was chosen as the best radio song by readers of the newspaper Washington Post in November 2001. It resulted the #1 driving song in Australia (Australian Musician Magazine, November 2005). Beating two AC/DC-songs, and in Canada (BBC Canada, March 2006). In addition, in 2011 it received a vast number of votes as the “Ultimate Driving Song” in a poll at PlanetRock and “finished well ahead of its nearest rival, Deep Purple’s Highway Star”.

The bassline, guitar improv and drum solo riff was used in the late 1970s and early 1980s as part of the opening credits and theme to the long running Australian current affairs programme Four Corners. Produced by ABC before it segues into the official theme, Robert Maxwell’s “Lost Patrol”.