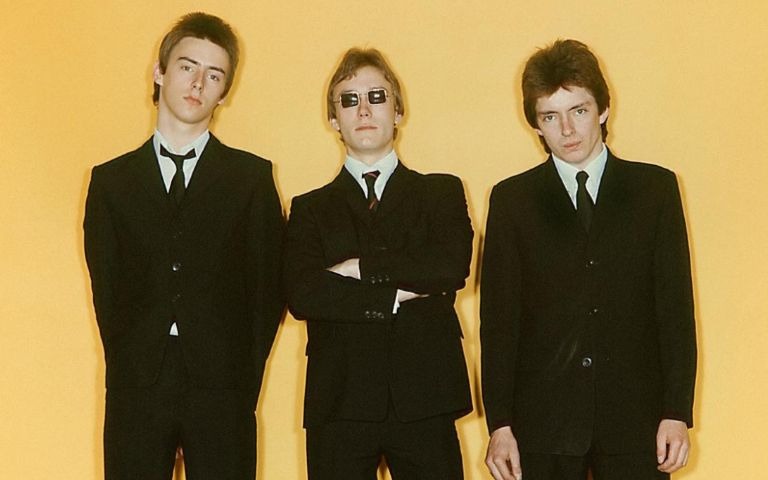 “Going Underground” is the first British #1 chart single by The Jam, released in March 1980. It went straight in at #1 in the UK Singles Chart, spending three weeks at the top. It was the first of three instant chart-toppers for the group.

“Going Underground” was not released on any of the band’s six studio albums, although it has appeared on many compilations and re-releases since then. The song was released as a double A-side with “Dreams of Children”, which originally had been intended to be the sole A-side; following a mix-up at the pressing plant, the single became a double A-side, and DJs tended to choose the more melodic “Going Underground” to play on the radio.

The Jam were an English mod revival/punk rock band during the 1970s and early 1980s, which formed in 1972 at Sheerwater Secondary School in Woking, in the county of Surrey.

While it shared the “angry young man” outlook and fast tempo of the contemporary mid-1970s’ British punk rock movement, in contrast with it the band wore smartly tailored suits reminiscent of English pop-bands in the early 1960s, and incorporated mainstream 1960s rock and R&B influences into its sound, particularly from The Who’s work of that period, and also drew influence from the work of the Kinks and the music of American Motown.

This placed the act at the forefront of the 1970s/1980s nascent Mod Revival movement.

The tragic death of Layne Staley, Alice In Chains singer
Iggy Pop says he looks like Shrek
Advertisement
To Top