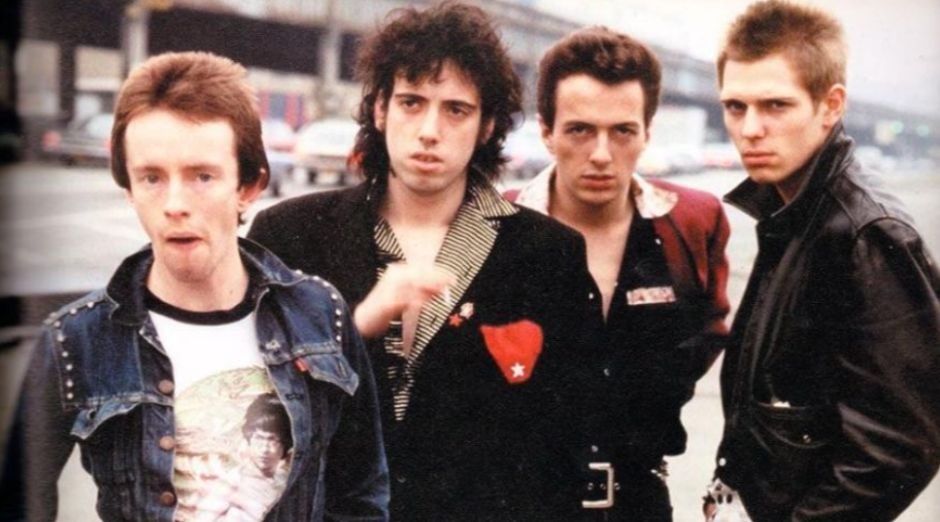 “Tommy Gun” is a song by the British punk rock band The Clash, released as the first single from their second album Give ‘Em Enough Rope (1978).

Joe Strummer said that he got the idea for the song when he was thinking about terrorists, and how they probably enjoy reading about their killings as much as movie stars like seeing their films reviewed.

While Topper Headon mimics the sound of gangster movie shootings with quick snare hits and the guitars are full of distortion and feedback, Strummer’s sarcastic lyrics (I’m cutting out your picture from page one/I’m gonna get a jacket just like yours/And give my false support to your cause/Whatever you want, you’re gonna get it!) condemn rather than condone violence: at the end of the song he sings, If death comes so cheap/Then the same goes for life!

In the liner notes of the Singles Box, Carl Barat (former frontman of Dirty Pretty Things and The Libertines), says that “Tommy Gun” was important for music at the time because it let people know what was going on in the world—it talked about real issues. He says, It’s [“Tommy Gun”] a product of the volatile climate of the late seventies – all those references to terrorist organizations like Baader-Meinhof and The Red Brigades. It’s like a punk rock adaptation of The Beatles’ “Revolution”.