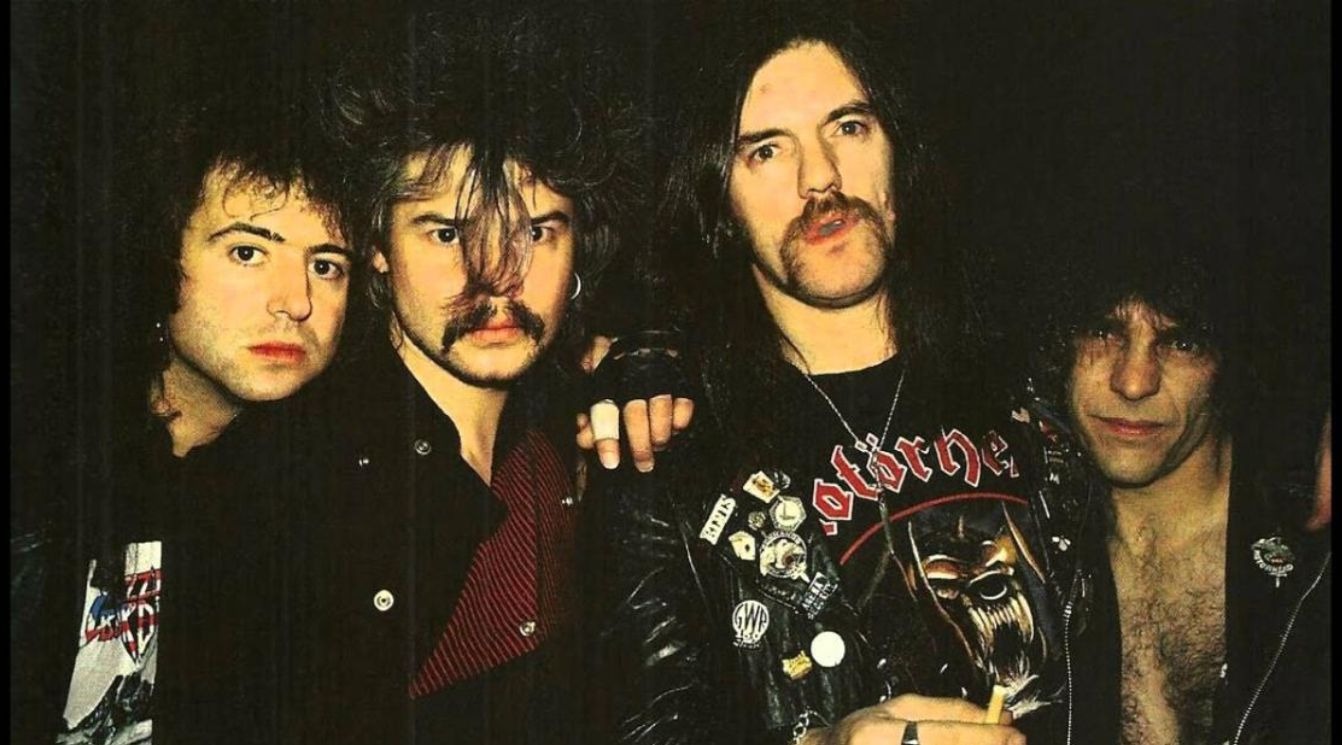 Rock ‘N’ Roll is the eighth studio album by the band Motörhead, released 5 September 1987, and their last studio album with the GWR label, as more legal issues enthralled the band with yet another label. Reaching only No. 34 in the UK Albums Chart, Rock ‘N’ Roll was, in that respect, the worst performing of all of Motörhead’s Top 40 chart hits.

It would see the return of ‘classic line up’ drummer “Philthy Animal” Taylor, albeit only for a few more years before being fired again.

In 1987, Motörhead appeared in the Peter Richardson film Eat the Rich, which starred the regular cast of The Comic Strip and Motörhead bassist/vocalist Lemmy Kilmister himself in a small part as “Spider”.

The band supplied six songs for the soundtrack as well. As the band was about to film their cameo, however, drummer Pete Gill was fired and Phil “Philthy Animal” Taylor rejoined after having quit in 1984. In his autobiography White Line Fever, Lemmy states the sacking of Gill was a long time coming:

..Peter was his own worst enemy, he was another one who wouldn’t just be content in the band. He went up against me on a couple of decisions, and he was making Phil and Wurzel upset too. I got tired of him moaning, so when he kept us waiting while he hung around in the lobby of his hotel for twenty minutes while he read the paper or something, that was the proverbial last straw. I know it sounds trivial, but most flare-ups in families are, aren’t they? And a band is a family..

Lemmy adds that he knew Taylor, who had been playing with Frankie Miller and ex-Thin Lizzy guitarist Brian “Robbo” Robertson, wanted to come back. Rock ‘N’ Roll would be the final album recorded by Motörhead on the GWR label and the last before Lemmy would relocate from the UK to Los Angeles.