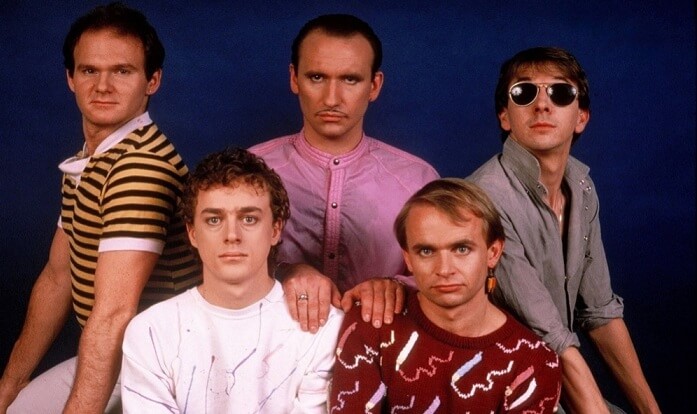 “It’s a Mistake” is a song by the Australian band Men at Work. The song was written by lead singer and guitarist Colin Hay and the recording was produced by Peter McIan. It was released in June 1983, as the third single from their album Cargo, and peaked at #34 in Australia.

The song’s lyrics deal with the mindset of military men across the world in the 1980s, wondering if and when the democratic countries of NATO and the communist states of the Warsaw Pact will end the Cold War standoff with conventional battle or a nuclear exchange. Hay sings in the persona of a mid-level officer wishing to learn from his superiors if his men are going to war or not.

Men at Work were an Australian rock band formed in 1979 and best known for their 1981 hit “Down Under”. Their founding mainstay was Colin Hay on lead vocals and guitar. After playing as an acoustic duo with Ron Strykert during 1978-79, he formed the group with Ron Strykert playing bass guitar, and Jerry Speiser on drums.

They were soon joined by Greg Ham on flute, saxophone, and keyboards and John Rees on bass guitar, with Ron then switching to lead guitar. The group was managed by Russell Depeller, a friend of Colin Hay, whom he met at Latrobe University. This line-up achieved national and international success in the early 1980s.