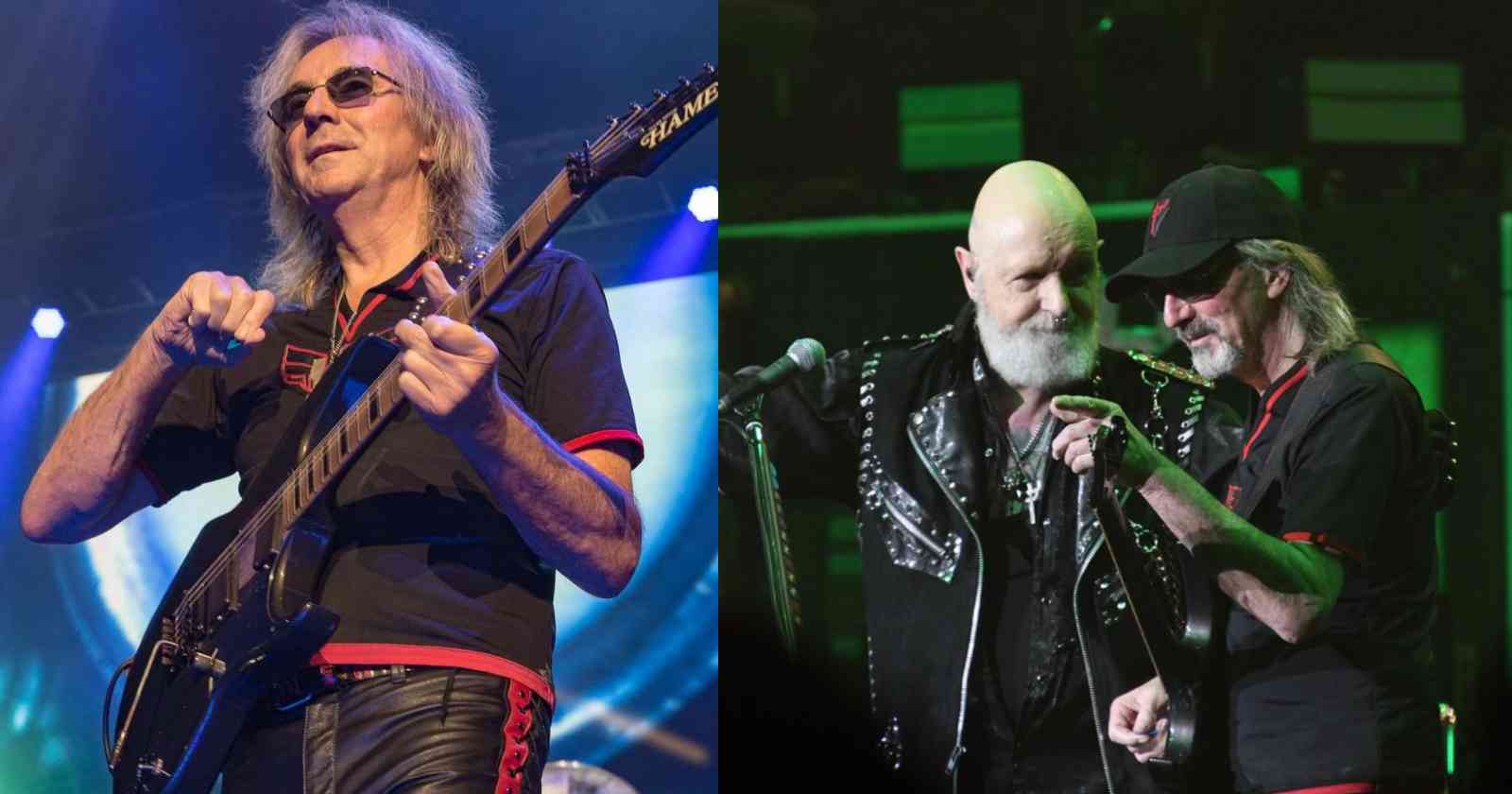 The legendary Judas Priest guitarist Glenn Tipton, who had to stop touring with the group due to Parkinson’s disease but still makes appearences and plays with the group once in a while, recalled in an interview with Guitar World a terrible accident he had in his property four months ago. The musician said that during a walk with his dog at night he fell down and shattered his should and broke his arm. The problem was that he couldn’t move and couldn’t get up and he stayed for 10 hours in the rain with his German wirehaired pointer dog until a person that works for him found the two in the morning.

“Four months ago, I fell down a riverbank and shattered my shoulder and broke my arm. I couldn’t move. It was about nine o’clock at night and I jumped down to this path and my foot slipped and I fell and landed on my shoulder. I couldn’t get up and I couldn’t put any pressure on the arm to give me leverage to stand.

“I had to stay in that position all night. It started to rain and I thought I might catch my death from the cold. It was the worst night of my life. My dog, a German wirehaired pointer, stayed with me for 10 hours.

“In the early morning, the guy that looks after my land and the estate knew something was wrong because he couldn’t see the dog. So he went down to look around and then he saw the dog and me and got me help.”

The guitarist is already feeling well and even played some songs with Judas Priest during their North American tour.