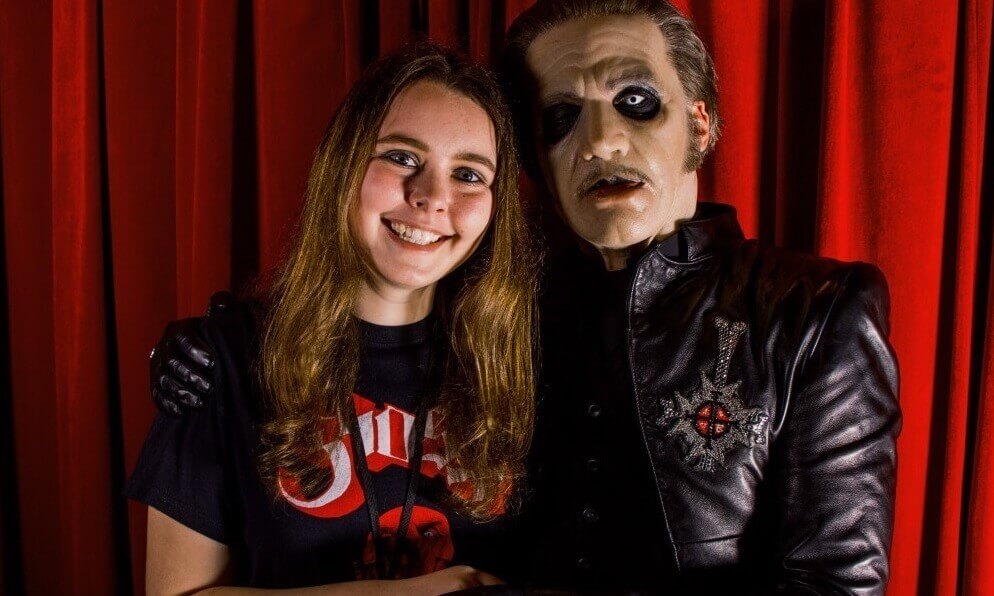 In a conversation with Andy Hall, ghost frontman and leader, Tobias Forge talked about the bands character “Papa”, and now “Cardinal Copia”. He said that he would like to become an actor in a near future.

Did you base the Papa characters on someone or are they an extension of yourself?

“Both, I guess. It’s hard to avoid having a little bit of yourself in whatever character you are portraying. But it’s more like a stereotype of a certain kind of man in this case. It’s a mixture between Dracula and Chief Inspector Clouseau. Sort of a strong, somewhat charming, but still sort of pathetic man, with slightly more bark than bite. Kind of a mid-sized dog. [Laughs] Not really ferocious, but one hell of a bark.”

Do the characters you’ve created have different taste in music and do their individual albums reflect that?

“They’re not part of the writing so that has very little to do with it. As far as their influences go, I don’t know. [Laughs] I’m assuming it’s very classical. I wouldn’t expect either of the Papas nor the Cardinal to be remotely interested in heavy metal. Whereas I am. They’re a little bit more classical, I guess.” 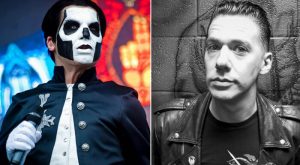 Have you ever thought about becoming an actor?

“But the idea of acting is also very, very based on who you are. Also, from a shallow point of view, depending on how you see it – it’s what you look like, how you speak. And certain actors… There are plenty of examples of actors become good actors at a very old age. Both men and women. Because when they were younger, they didn’t have the character personally that was needed and was recognizable as a certain type of character that they could later portray. 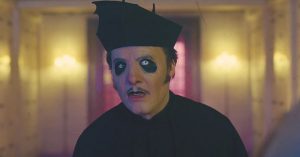 “And I understand that me not being of a certain height or looking the certain way or… that that doesn’t necessarily present my type with an endless array of possibilities, I could probably play certain characters. I would love to do acting. But it doesn’t necessarily have to be like big films with big starring things. Watching a lot of cinema and watching a lot of films and series, from a wanting-to-become-an-actor point of view, there’s often times when I see characters in films where I feel like, ‘I wanted to play that person.’

“But that could be like a complete idiot. Or somebody who’s like a loser or dick or someone who’s way too ‘this’ or too ‘that.’ Because I see a certain… I could fit into that mold. So I wouldn’t necessarily go into that territory thinking that I can play big muscular heroes or anything.”