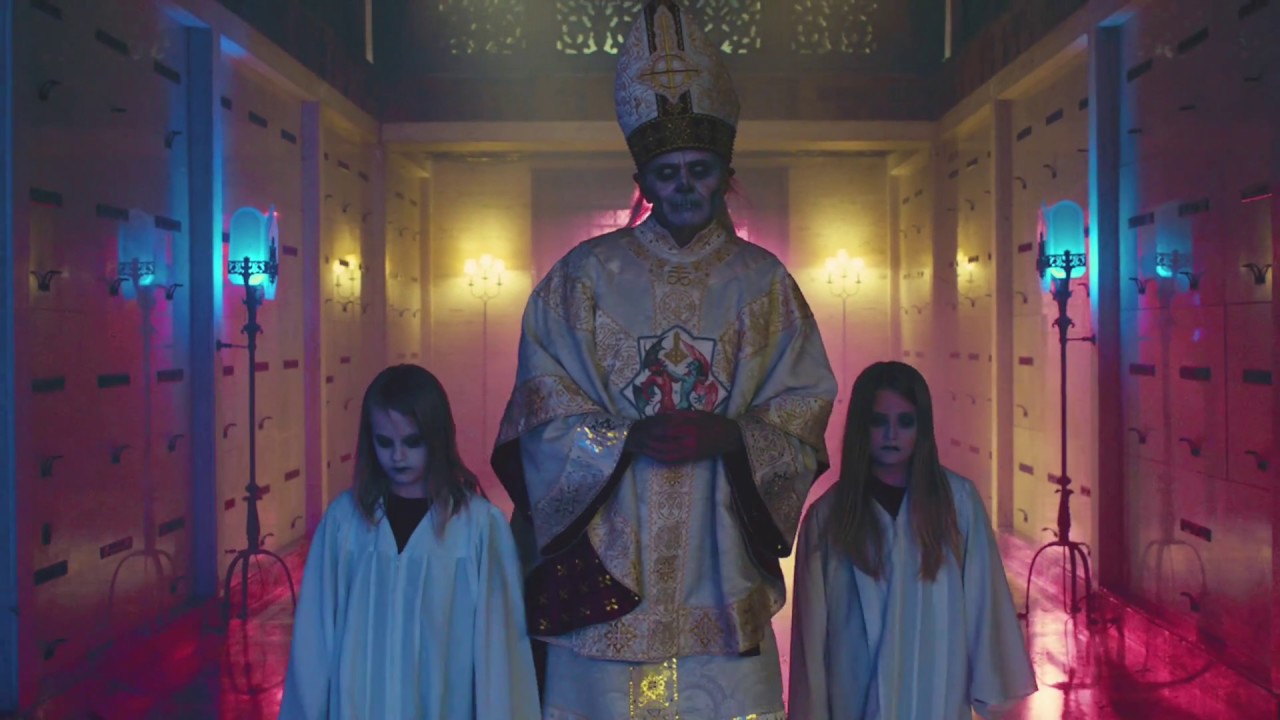 From time to time, Ghost introduces a “new” frontman, just like the catholic church does in real life, with new popes. But, the singer, Tobias Forge, remains in the band, just his visual changes.

They shared a new video to announce the arrival of Papa Emeritus IV. The new visual will be followed with new studio material in the near future.

Specifically, the lead single from the follow-up to 2015’s “Meliora” will arrive this month under the title of “Rats.”

The effort was recorded last year at Artery studios in Stockholm, Sweden with producer Tom Dalgety (Opeth, Royal Blood) and then mixed by Andy Wallace in January at West Hollywood’s Westlake Studios.

Some of the confirmed song titles include “Rats,” “Life Eternal,” “Faith” and “Dance Macabre.”