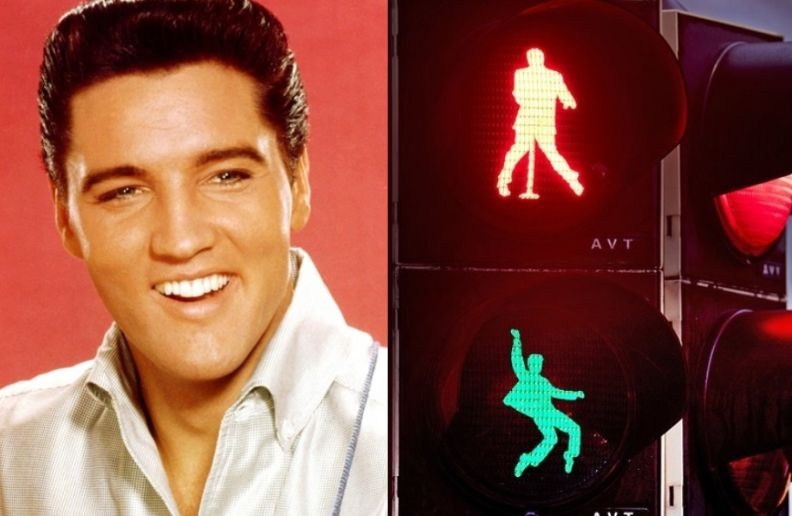 How about Elvis Presley telling you whether or not you should cross the street?

The city of Friedberg, Germany, incorporated the idea! The city hall installed three pedestrian traffic lights that bring the silhouette of the musician. In the red, Elvis appears with his microphone, already in the green, the singer is dancing with the hips, as it always did.

The tribute is not something random. Presley was assigned to Friedberg with the American army between the years 1958 and 1960. It was there that the iconic artist met Priscilla Beaulieu, who would become his wife in the following years. The information is from the German news Deutsche Welle (via NPR). 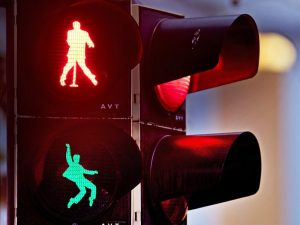 On March 24, 1958, Presley was drafted into the U.S. Army as a private at Fort Chaffee, near Fort Smith, Arkansas. His arrival was a major media event. Hundreds of people descended on Presley as he stepped from the bus; photographers then accompanied him into the fort.[152] Presley announced that he was looking forward to his military stint, saying that he did not want to be treated any differently from anyone else: “The Army can do anything it wants with me.”

Presley commenced basic training at Fort Hood, Texas. During a two-week leave in early June, he recorded five songs in Nashville. In early August, his mother was diagnosed with hepatitis, and her condition rapidly worsened. Presley, granted emergency leave to visit her, arrived in Memphis on August 12. Two days later, she died of heart failure, aged 46. Presley was devastated; their relationship had remained extremely close—even into his adulthood, they would use baby talk with each other and Presley would address her with pet names.

After training, Presley joined the 3rd Armored Division in Friedberg, Germany, on October 1. While on maneuvers, Presley was introduced to amphetamines by a sergeant. He became “practically evangelical about their benefits”, not only for energy but for “strength” and weight loss as well, and many of his friends in the outfit joined him in indulging. The Army also introduced Presley to karate, which he studied seriously, training with Jürgen Seydel. It became a lifelong interest, which he later included in his live performances. Fellow soldiers have attested to Presley’s wish to be seen as an able, ordinary soldier, despite his fame, and to his generosity. He donated his Army pay to charity, purchased TV sets for the base, and bought an extra set of fatigues for everyone in his outfit.

While in Friedberg, Presley met 14-year-old Priscilla Beaulieu. They would eventually marry after a seven-and-a-half-year courtship. In her autobiography, Priscilla said that Presley was concerned that his 24-month spell as a G.I. would ruin his career. In Special Services, he would have been able to give musical performances and remain in touch with the public, but Parker had convinced him that to gain popular respect, he should serve his country as a regular soldier