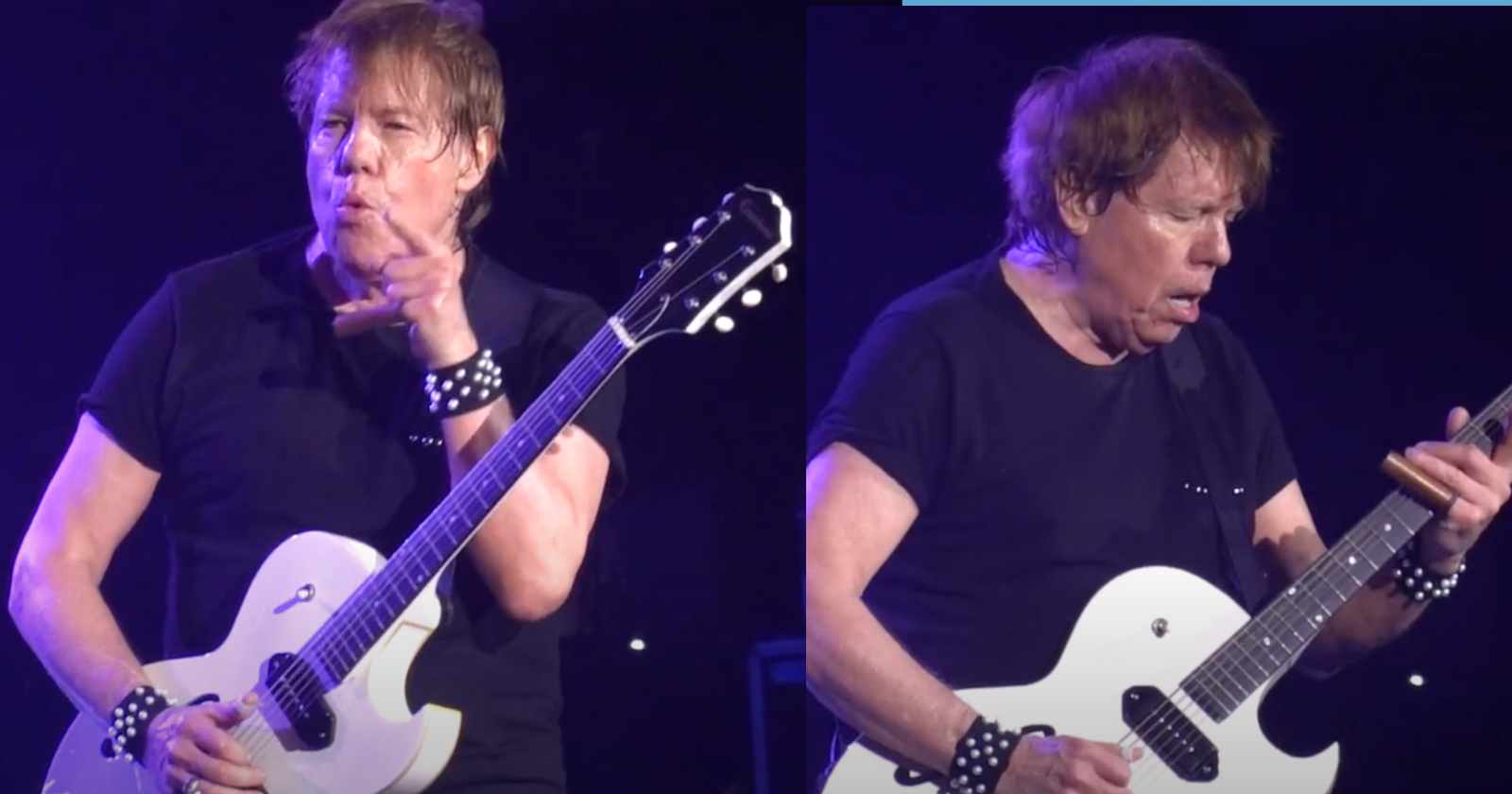 George Thorogood announced more than 20 tour dates for to 2023 in the United States and Canada to celebrate the 50th anniversary of his career that started in 1973. The Blues singer and guitarist is known for hits like “Bad To The Bone”, “One Bourbon, One Scotch, One Beer”, “Who Do You Love?” and “I Drink Alone”.

The official release for the tour remembered how it was the beginning of Thorogood’s career, saying: “On December 1st, 1973, a guitarist, a drummer, and their rhythm guitarist loaded their gear into the drummer’s Volkswagen bus and drove to Lane Hall at The University of Delaware. In a week that saw new albums by Wings, Black Sabbath, and Bachman-Turner Overdrive, the three-piece band proceeded to play covers that included ‘No Particular Place To Go’, ‘Madison Blues’ and ‘One Bourbon, One Scotch, One Beer.’ The drummer, Jeff Simon, recalls the crowd was wary at first, ‘then it was like someone flipped a switch.’ By the second set, the dance floor was packed.”

“’After the gig,’ the guitarist says with his now-familiar grin, ‘Jeff and I thought, ‘maybe we’re onto something.’ It was the first-ever performance by George Thorogood & The Destroyers.”

“Five decades, more than 8,000 live shows, and 15 million albums later, George Thorogood and Jeff Simon – with long-time Destroyers Bill Blough, Jim Suhler and Buddy Leach – now announce their Bad All Over The World – 50 Years of Rock Tour. ‘From that very first show, we’ve stayed true to ourselves and the music we love,’ says Thorogood. ‘We’ve decided to celebrate our first half-century by throwing the biggest and baddest rock party ever’.”