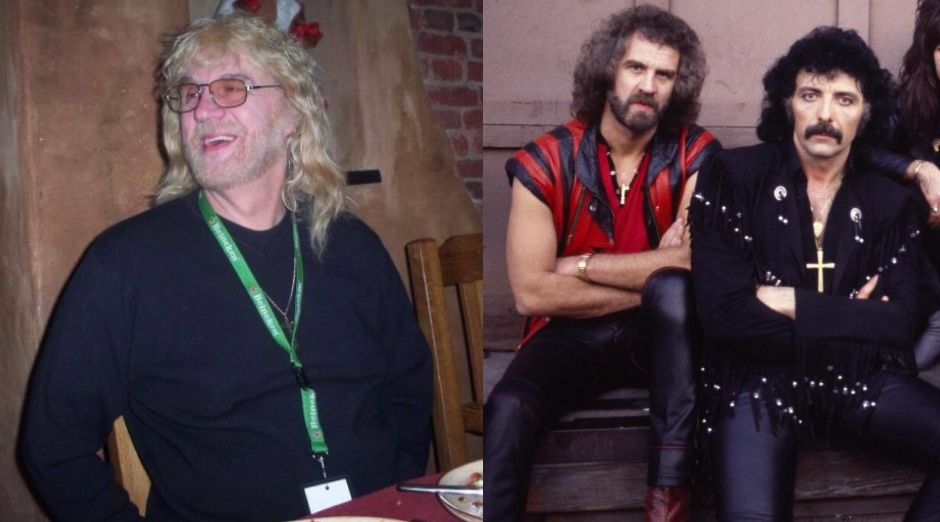 Black Sabbath always had four members, right? Officialy, yes. But, who was the keyboardist? The answer is Geoff Nicholls. The musician played on many albums of the band and was also on tour with them. However, he only played behind the stage over the decades.

Geoff left the psychedelic band World Of Ozz, with which he released a self-titled album in 1969, to join Bandy Legs. That would later change its name to Quartz. In both bands, Geoff played keyboard and guitar.

In 1974, the band signed a contract in 1976 with Jet Records, releasing their first album the following year, called “Quartz”. This album was produced by none other than Tony Iommi, who played the flute on the song “Purple Rain”.

In 1979, Geoff left the band after Tony Iommi invited him to join Black Sabbath to play bass. Geezer Butler left the band and they needed someone. During that time, composing the album “Heaven and Hell”, Ozzy was still in the band, having recorded some demos.

In 1979, Ronnie James Dio, ex-Rainbow, joined the band after being invited by Iommi. Sometime later, Geezer Butler returned to the band and Geoff Nicholls was responsible for the keyboards.

Years passed, and the fateful moment came when Glenn Hughes, ex-Deep Purple, took over the band’s vocals. After recording the CD “Seventh Star” the band went on tour in North America, and that was when the problems started.

Due to drug abuse, a fight with a team member – which resulted in a broken facial bone, which flooded the vocal cords with blood when he sang and the stress, Glenn Hughes’ voice simply deteriorated.

At the penultimate show in Providence, on March 25, 1986, in a bootleg that circulates among collectors, the entire show features vocals by Glenn Hughes and Geoff Nicholls. Who did the backing vocal, at the same volume.

In the song “Neon Knights”, which was the 15th in the setlist, the volume changes. And Glenn starts to only move his lips and Nicholls sings the song.

Official Member of the band

That same year, after seven years with the group, Geoff was finally officially classified as a member of the band, as were Ozzy and Dio. Finally on this tour he was also visible on stage, and not hidden in any dark part.

Some fans like “only the Ozzy phase on Sabbath works” will say that the keyboard in the songs makes them softer, which is not the case. In 1989 the brilliant “Headless Cross” was released, with Tony Martin on vocals.

This album was a resumption of the gloomy atmosphere that surrounded the band on the first album, since after it, the band tried to move away from this “demonic” figure who tried to credit them. In “Headless Cross” the band talks about the devil again, with dark and heavy songs, and this atmosphere is only possible with Geoff’s keyboard.

Two years later, Ozzy returned to the band for the reunion tour. Due to alcohol and drug abuse, Madman’s voice was not even close to what it was in the 70s, when he sang the high notes without any major problems.

But on the reunion tour he couldn’t, so Geoff Nicholls did the backing vocal, although he is not credited for it. Now, with Ozzy on vocals, and as it was the reunion tour of the original four members, the record company did not allow the presence of a fifth person on the stage, although he was there.

In 2004 Geoff left the band, after 25 years of activity with Tony Iommi, having participated directly in everything that was recorded and played by Black Sabbath from the album “Heaven and Hell” onwards. Although it may seem like a separation, Geoff and Iommi are still great friends.

In 2017, the talented musician died at 68. He lost the battle against lung cancer. At the time, Tony Iommi said:

“I’m so saddened to hear the loss of one of my dearest and closest friends Geoff Nicholls. He’s been suffering for a while now with lung cancer and he lost his battle this morning. Geoff and I have always been very close. And he has been a real true friend to me and supported me all the way for nearly 40 years. I will miss him dearly and he will live in my heart until we meet again.”

Deep Purple new album “Whoosh!” is postponed to August
Italian AC/DC fan plays on the balcony during the quarantine
Advertisement
To Top