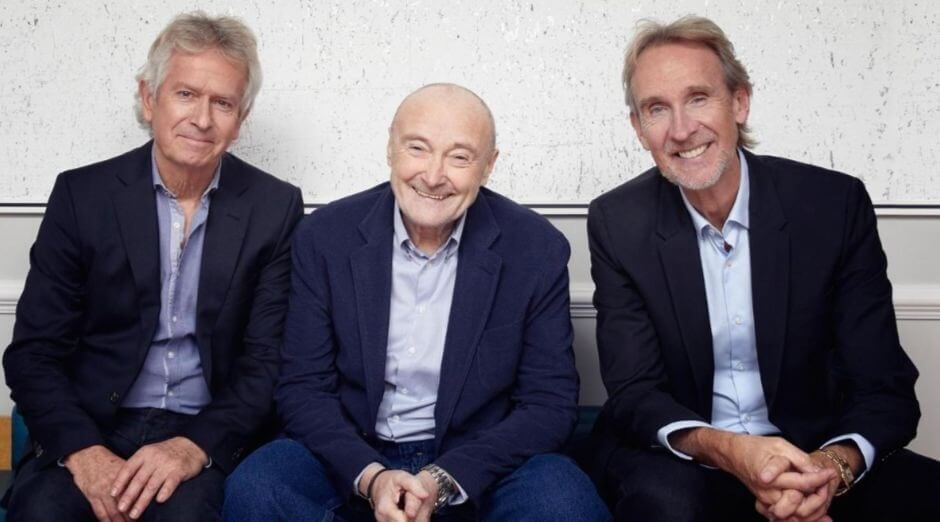 Genesis would reunite in 2020 after 13 years since the last time Phil Collins, Tony Banks and Mike Rutheford toured together. However, due to the Covid-19 pandemic the reunion was postponed to 2021. In addition, two extra concerts were announced.

The band said about “The Last Domino?” tour postponement:

“Genesis have re-scheduled their 2020 UK and Irish dates for April 2021 and are excited to announce two additional shows in Birmingham and London. ‘The Last Domino?’ Tour 2021 will now start in Glasgow on 1 April and will be @tony_banks_music, @officialphilcollins and Mike Rutherford’s first live outing together since the globe-trotting, sell-out ‘Turn It On Again: The Tour’ in 2007. They will be joined on stage by @nic_collins on drums, and the band’s long time lead guitar and bass player Daryl Stuermer. Existing tickets for the rescheduled dates will remain valid and ticket holders will be contacted by their ticket agent. Tickets for the new dates in London and Birmingham and all other shows are on sale now via genesis-music.com”

About the setlist, Tony Banks said to BBC Radio 2 this year: