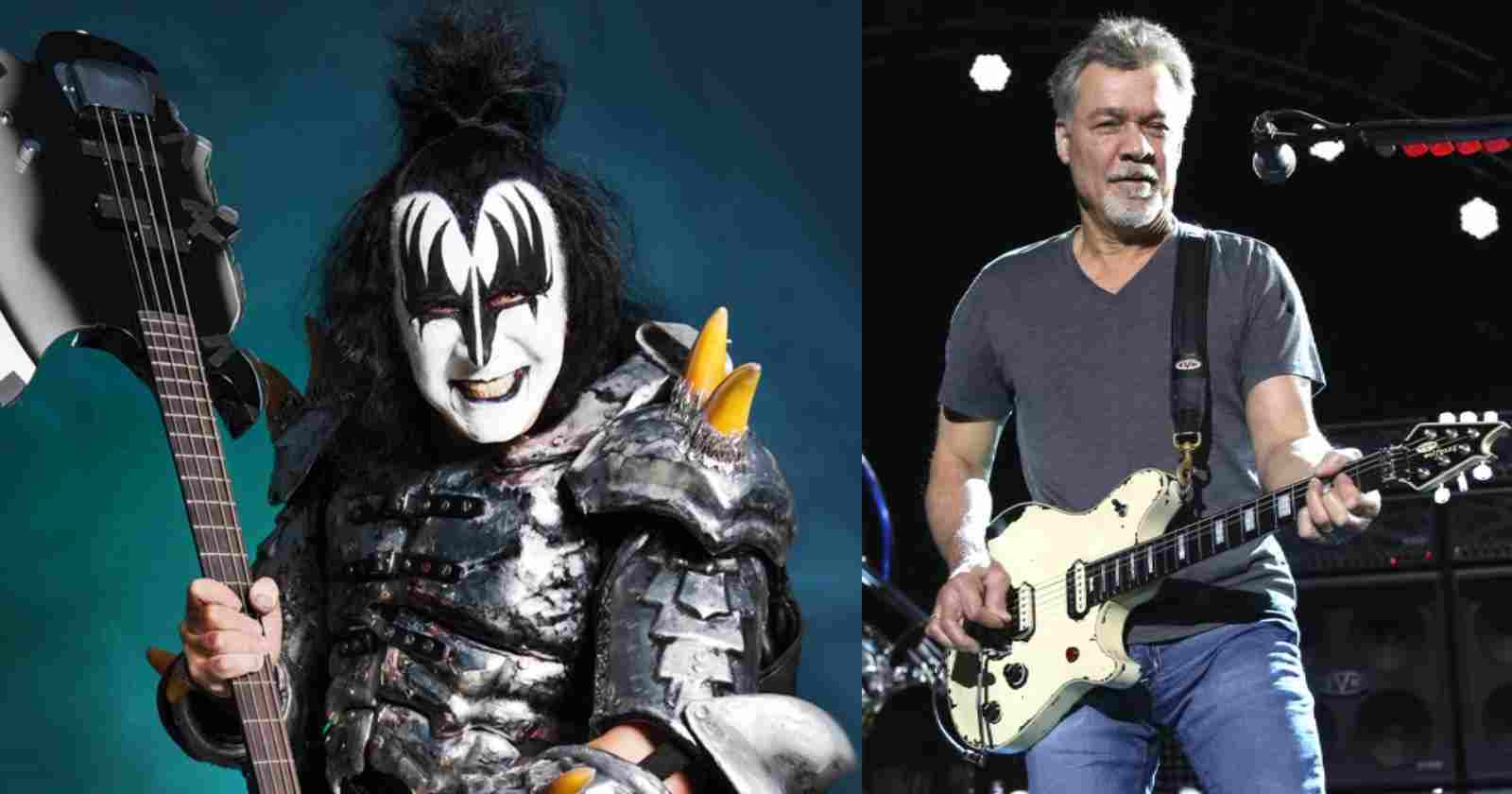 Kiss bassist and singer Gene Simmons was one of the people that helped Van Halen at the beginning of their careers, even helping them to record a demo. The musician recalled in an interview with Jeremy White Podcast the Kiss song that has a Eddie Van Halen solo, that he made Ace Frehley copy note for note.

Gene Simmons talks about the Kiss song that has Eddie Van Halen solo:

“When KISS came back from Japan in the late ’70s, for some reason, in the middle of the night, I couldn’t get to sleep – jetlag and stuff. So I wound up sketching three songs; one became ‘Christine Sixteen,’ another one was ‘Tunnel of Love,’ and another one was ‘Got Love for Sale.'”

“And often I’d get in and play all the instruments, but it would take forever ’cause I’m not a great drummer. So I called up the guys, and both Alex and Edward showed up at the studio late at night/early morning, and we cut those three songs.”

“Edward – he never liked [being called] ‘Eddie,’ for some reason – when Eddie came along, nobody played like that. And I’m not even talking about the quality of the songs, or Dave [Lee Roth, vocals] completely taking the frontman to the n-th level. I mean, at that time, Dave was the king. There was nobody.”

“If Mick Jagger stood next to him, it would be like a sixth-grader. And he really took it all the way – the whole band – the musicianship, the songwriting… But when Edward would get in front of that stage and start tapping and stuff, which I’d never seen before.”

“Apparently, it had been done by jazz musicians and everything, but… Your jaw drops. Clearly, no one since [Jimi] Hendrix had that kind of impact.”