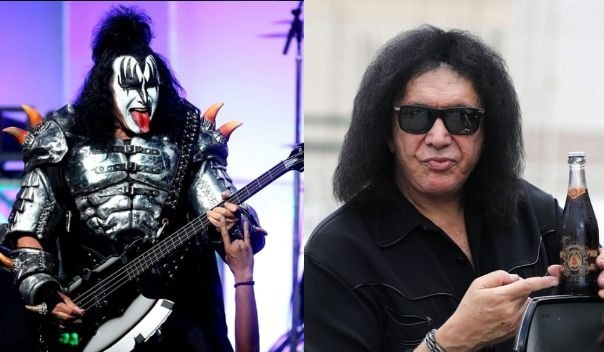 In an interview with Los Angeles Times, Gene Simmons revealed why he refused to drink alcohol in his whole life.

“I’m my mother’s only child. I was concerned I had no right to harm my mother. Life did that enough.”

“I literally never drink. Privately or publicly. I simply don’t like the taste or the smell of anything with alcohol in it.”

“I have never been drunk in my life and have never taken more than a sip of anything, and hated it every time. I will toast just to be social, but that’s it.”

The bassist stated that this is a major thing behind his success:

“Life is a race and we’re in constant competition… You and I are lined up along with 10 other guys, do you think you’ll do better than the guy who is a little tipsy? Because the alcohol is not going to help him. …”

“If you stand still, you’re losing. We have to be like sharks. Either you move through the water or you drown.”

Gene Klein (born Chaim Witz, August 25, 1949), known professionally as Gene Simmons, is an Israeli-American musician, singer, songwriter, record producer, entrepreneur, actor, author, and television personality. Also known by his stage persona The Demon, he is the bassist and co-lead singer of Kiss, the rock band he co-founded with lead singer and rhythm guitarist Paul Stanley in the early 1970s.