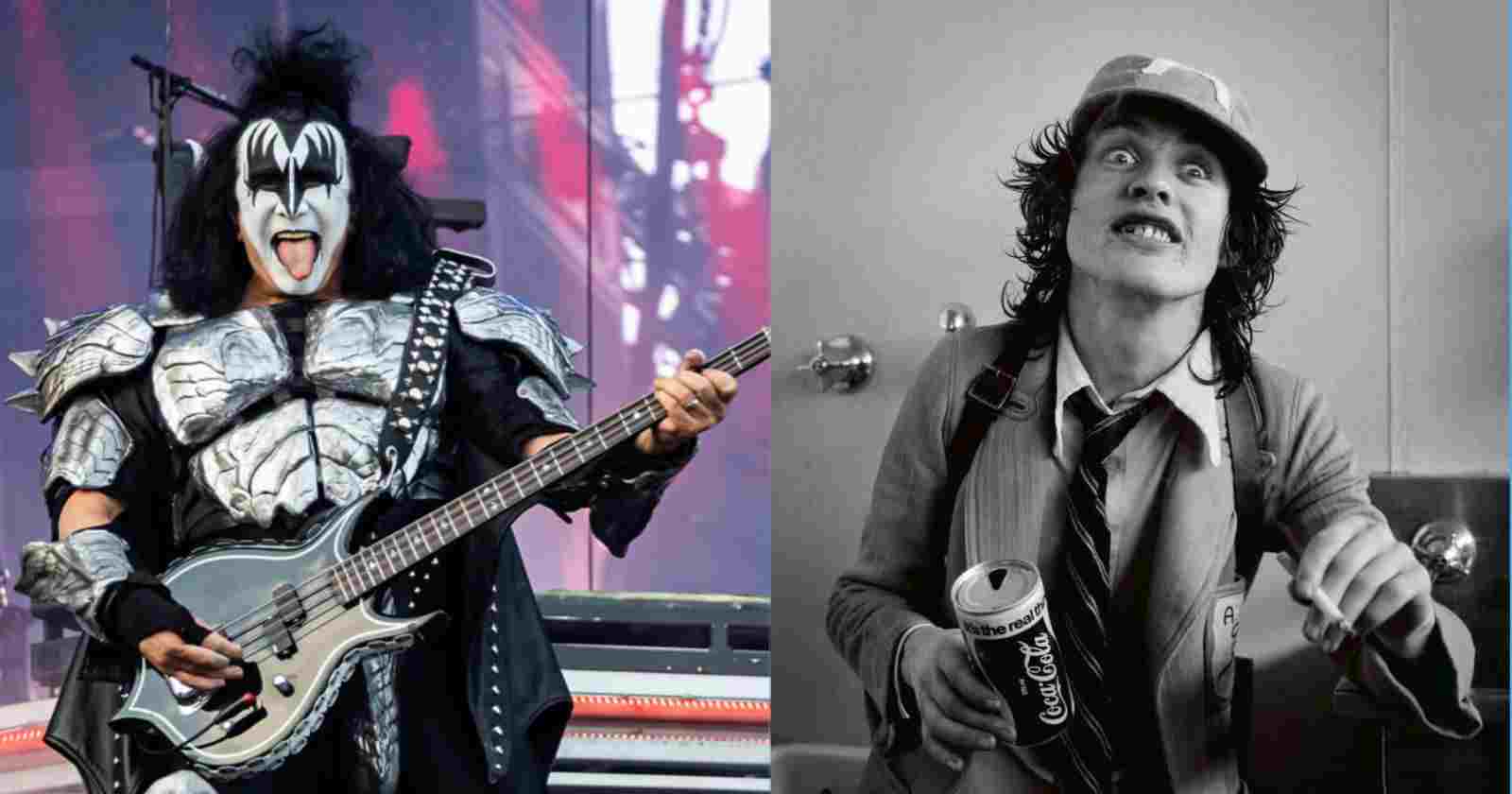 Kiss bassist and singer Gene Simmons recalled in an interview with Triple M radio his first meeting with AC/DC guitarist Angus Young before the Australian band were globally famous. Simmons said that Angus was missing a teeth at the time.

“I saw them playing this really small club in L.A. I happened to be there. And all I remember is being close to the stage, ’cause I love that — I wanna feel it; I wanna feel the chest kind of cave in when the bass and the kick drum hits it. I don’t wanna be at a safe distance. If it’s too loud, you’re too old. So I’m in the front. And even after the blackouts between songs, there’s Angus [Young] just running around on stage, not posing — just kind of feeling it, like somebody in a trance or something.”

“I said, ‘That guy is rock and roll. That guy is real.’ So after the show, I went backstage. And [Angus came up to me and said], ‘Oh, Gene Simmons.’ I’m doing a bad Ozzie accent. ‘Oh, Gene Simmons. Yeah. All right.’ [And I said], ‘You’re the guy. What’s your name?’ ‘Angus.’ And then he smiled. And I’ll never forget it, he didn’t have front teeth. I guess at that point they couldn’t afford it. So I said, ‘Let me take you a few blocks away. I wanna sit down and talk with you.’ So he did.”