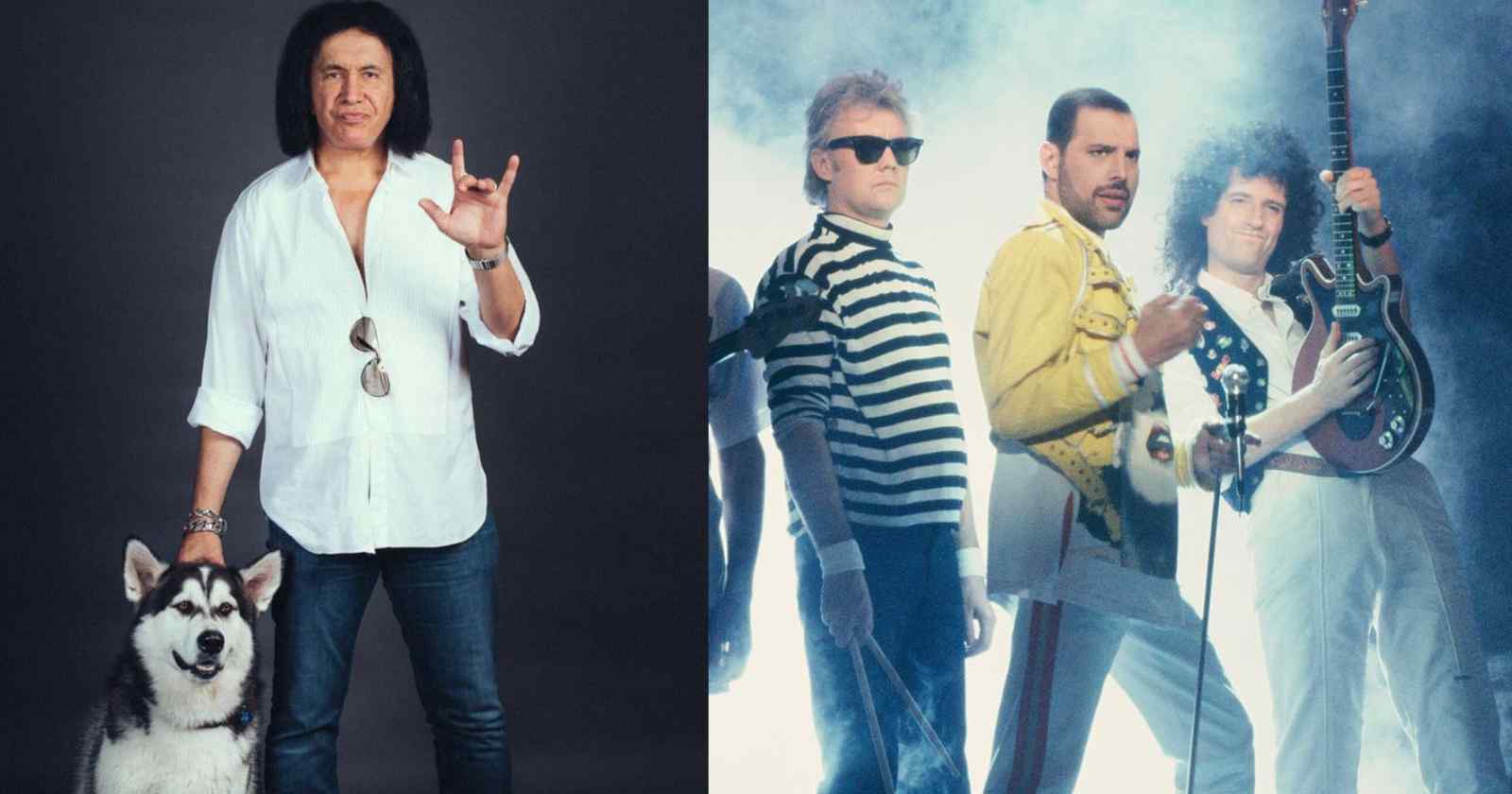 Founded in London in 1970, Queen became one of the most successful Rock and Roll bands of all time with an estimated amount of 250 to 300 million records sold worldwide. Freddie Mercury, John Deacon, Brian May and Roger Taylor created highly influential albums that were crucial for Rock music in the 70s and 80s. Over the decades many famous artists gave their opinion and one of them is the Kiss co-founder, bassist and singer Gene Simmons.

What is Gene Simmons’ opinion on Queen

Gene Simmons is known for being very sincere when he talks about other artists and during his career he praised Queen many times. In an interview with Planet Rock (Transcribed by Rock and Roll Garage) in 2022, the musician listed some of his favorite songs of all time and one of them was Queen’s “We Will Rock You”.

“The right song in football stadiums, Dr. Brian May is a friend of mine, when you hear ‘We Will Rock You’ in a stadium full of people I don’t know how to described it. It’s less a song and more a ‘We Are One’,” Gene Simmons said.

The famous track was released by the band on their 1977 album “News Of The World”. It was written by the Queen guitarist Brian May and has one of the most recognizable drum beats of all time. The musician showed that beat to the rest of the band because he wanted to write a song that the audience could be in some way part of it.

Curiously, the current Kiss drummer Eric Singer already toured with Brian May’s solo band. The musician first joined Kiss from 1991 to 1996. But then left since the original drummer Peter Criss reunited with the group. From 1996 to 2001, when he returned to Kiss, he played with many artists, including Brian May. He toured with the Queen guitarist on his “Another World” world tour in 1998.

Brian May has a favorite Kiss song

Praised by Gene Simmons, the guitarist Brian May also said good things about Kiss over the years. He even said he has a favorite song of the band. Talking with Classic Rock in 2015, the Kiss singer and guitarist Paul Stanley talked about the “Crazy, Crazy Nights” from their 1987 album “Crazy Nights” and said that Brian May once told him that this track was his favorite one from Kiss.

“It’s a simple, celebratory song. One of my issues with an album like ‘Carnival of Souls’ was the idea that we needed to do an album that was kinda morose and down. I was thinking ‘What do we have to be morose or down about? We’re wealthy, we’re happy, we’re healthy. We’re in Kiss!’ So, Crazy Nights is a celebration. A song about standing up for who you are. (Also) understanding that you’re not alone, that there are many like you.”

“We played a TV show a number of years ago with Queen. Brian [May] came over and said ‘Are you going to play Crazy Crazy Nights? Because that’s my favourite song.’ That was very funny to hear from him. It’s a good song, a proud song. There’s a difference between trying to be anthemic and pandering. I don’t think Kiss ever try to ingratiate ourselves,” Paul Stanley said.

Gene Simmons and Brian May are friends

As Gene Simmons said in the conversation with BBC, Brian May is a good friend. In 2020, the Queen guitarist was hospitalized due to the injury of his gluteus maximus muscle and when the musician recovered, Simmons wished him well on Twitter, saying:“Happy to hear Brian May has recovered. A force in music and science. (…) “I just heard about this on the radio. Get well soon, Brian. Keep yourself alive!” (…) “I was so worried about him. He’s a national treasure.”

He also recalled once on his social networks the time when Brian May went to his birthday party in the early 90s.

Brian May, Bruce Kulick at a birthday party I had awhile back. 1993? pic.twitter.com/CNULmLzZLk