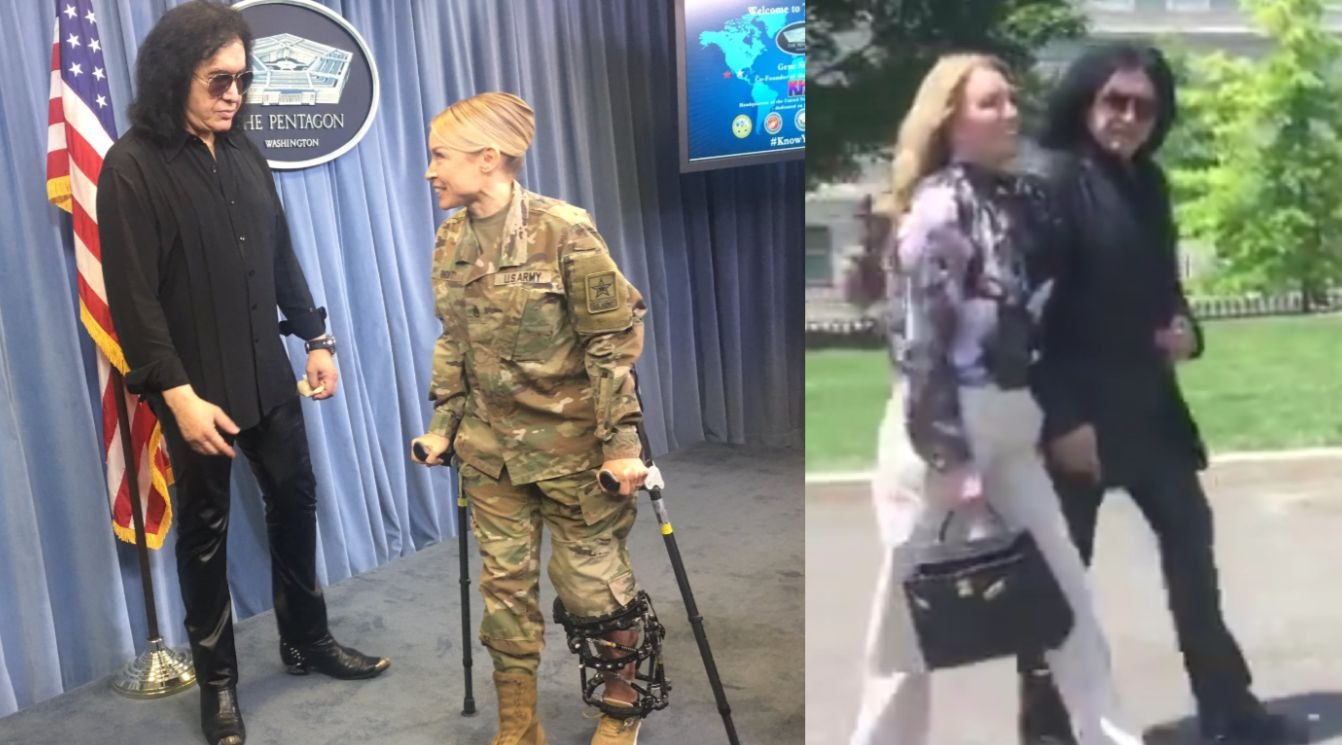 Kiss vocalist and bassist Gene Simmons paid a surprise visit to two United States official sites on Thursday (16): the Pentagon, home to the country’s Defense Department, and the White House, the seat of executive power.

The  It is known that Gene Simmons was with his wife Shannon Tweed Simmons, some reporters made images of his entrance.

“Simmons was on hand Thursday to address Department of Defense personnel and meet with outreach officials as part of a Pentagon initiative to engage the broader public with regards to military activities. He also paid a visit to the White House later in the day.”

“The White House hasn’t held press briefing in so long that the lectern in the briefing room is quite literally gathering dust,” CNN White House reporter Maegan Vazquez tweeted Wednesday, posting a photo of the particles that had collected on the lectern.”

“Ever since Trump was elected, aides made it clear that changes were coming to the daily press briefing, initially experimenting with a ban on cameras.”

“But two years into Trump’s presidency, the modifications to the format have given way to what in some places in DC looks like the tradition’s virtual extinction.”

.@KISSOnline Gene Simmons just visited the Pentagon. His visit wasn’t at all what you might have expected it to be. (Thread) pic.twitter.com/YAIWHNebxI

@genesimmons graciously came to the Pentagon press room today to shake hands and say thank you to troops. He spoke about the values his mother instilled in him about America. So in the last year, the leader of @KISSOnline and @GerardButler…..who else should show up soon…… pic.twitter.com/pmU4562Wad