Nintendo recently unveiled some new Pokémon that will appear in Shield and Sword, upcoming franchise games due to hit the Nintendo Switch in November. And amidst the new monsters revealed, the design of one in particular drew more attention than the others.

As soon as it was revealed, the last day 7, Pokémon was associated with the rock band, because of the black and white fur that looks like the makeup tenderized by the band members. And as if that wasn’t enough, he also has that long tongue!

In social networking times, the comparison came to Gene Simmons, bassist and lead singer of the group who, according to Newsweek, loved the alleged tribute.

“Pokémon has been around my house for decades, ever since our kids found out. And seeing Pokémon pay tribute to Kiss is an honor,” said the musician. 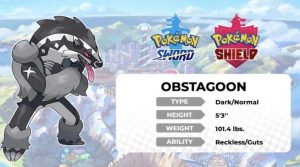