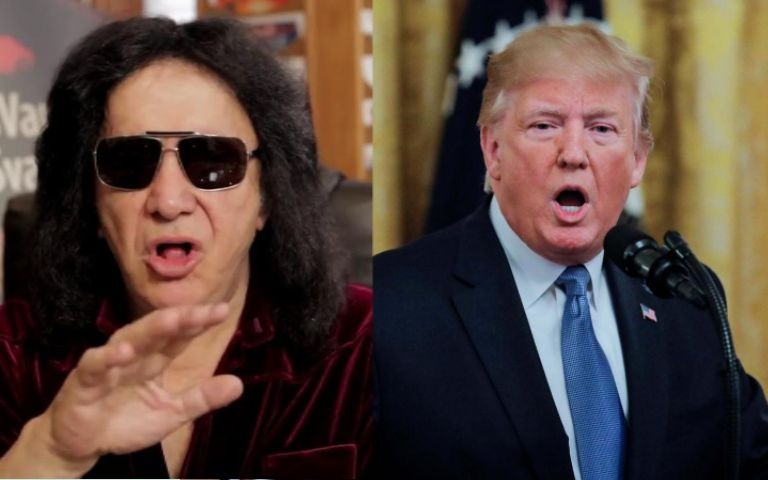 Gene Simmons has decided to position himself politically in a new interview and made bold statements about the current US government. The KISS member went to Good Morning Britain to talk about the band’s farewell tour, and ended up commenting on the subject. To base his argument in defense of Donald Trump, current American president, Simmons even quoted his mother, who died a short time ago.

“Politics has changed forever. Like it or not, that president changed that. I understand the style of rebuffing opponents. He’s a streetfighter from New York.[…] This guy is just saying, ‘I don’t care what they’re saying. Did you say something bad about me? I’m going after you. ‘ […] Do not fool yourself.”

“Earth has never been better. I understand that there is climate change and polarized politics, but there are no more world wars. Imagine how London would have been 60 years ago.”

“We are in the best of times. Unemployment in the United States is the lowest in 50 years. […] There are more people working and earning money.”

The musician even quoted Arnold Schwarzenegger, actor who was elected Governor of California from 2003 to 2011, as an example.

“It takes personality and a certain DNA to get somewhere. If you stop to think Arnold Schwarzenegger, who is from Austria … the fact that he has become the greatest bodybuilder and the greatest movie star in the world, even though he has a difficult name to pronounce and cannot speak English so well.”