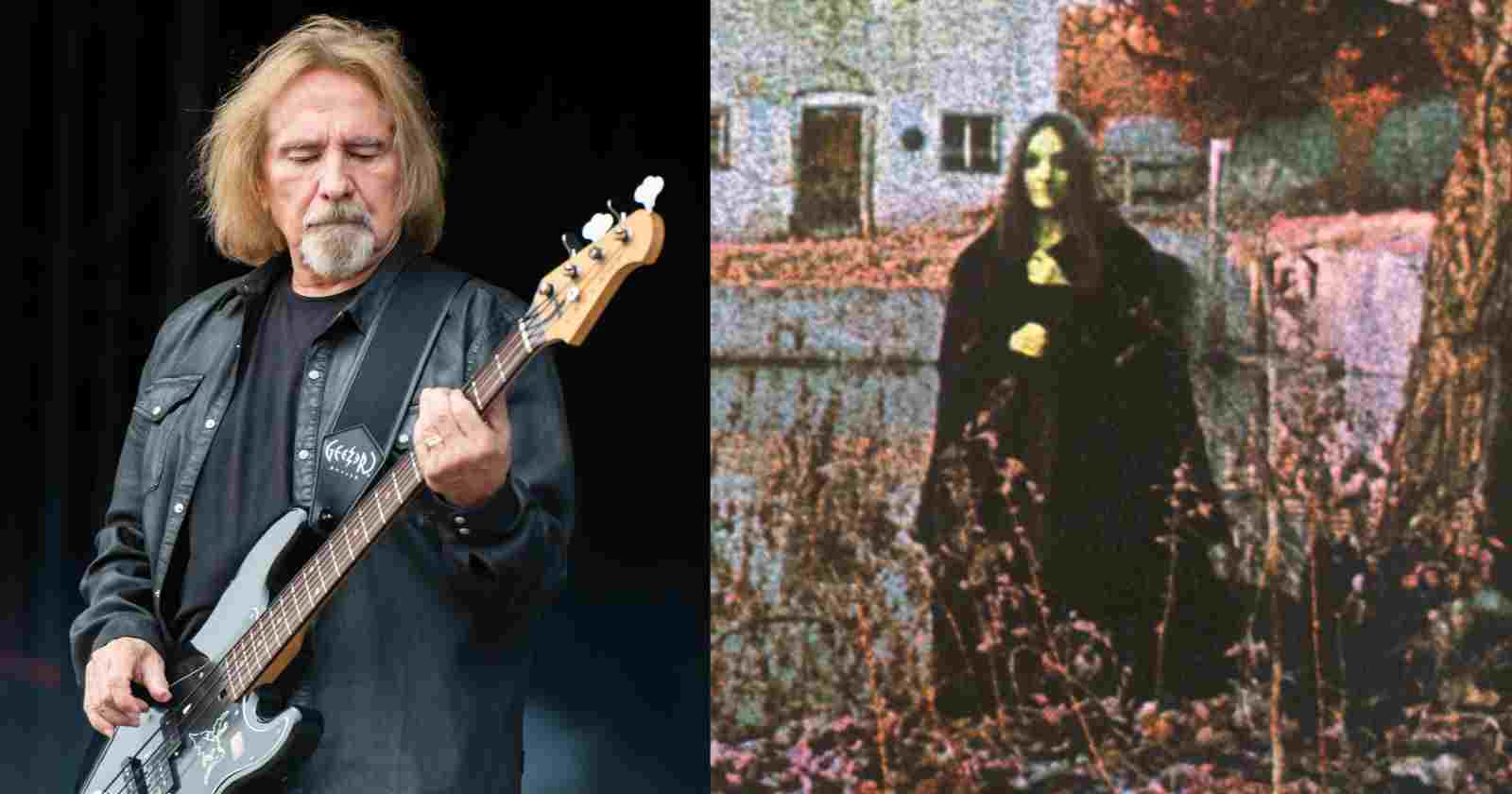 Black Sabbath bassist and main lyricist Geezer Butler recalled in an interview with Metal Hammer when witches put a curse on Black Sabbath and Ozzy’s father made a cross for each member of the band so they could have spiritual protection.

When did you know you were becoming infamous?

“We didn’t think anything of it until the first American tour and the first album. There was some black magic organisation that wanted us to play at a stone circle… We said no – we were sort of against Satan as opposed to promoting it – so they allegedly cursed us.

“The head of the white witches called our management and said he knew we had a curse put on us, and we should wear crosses and he’d do a ritual thing. It all sounds so hokey.”

Did you believe him?

“Yeah, that’s why we started wearing crosses! Ozzy’s father made them for us. He used to work at a metal factory making car parts, so he made us these great big crosses out of spare metal.”

Didn’t people confuse you with Black Widow, who were infamous for doing black masses on stage?

“Yeah, absolutely – sacrifices and all that crap. We weren’t into it, it was too corny for us. A lot of people used to get us mixed up with them and black magic, but they put one album out and I never heard of them again.”

How’d you handle the rocketing success?

“We took it in our stride because we stuck so close together. It was years before we saw any money. We were idiots – we didn’t have any sense whatsoever about business, so it didn’t change our lives monetarily.”

Did you suspect Sabbath would inspire metal?

“We didn’t think we were that different. Cream and Hendrix were the two heaviest bands around – we went heavier because that’s what we were into. Led Zeppelin had just come out and so we wanted to get heavier than that, but we didn’t think it was earth-shattering.”

“The press slagged our first album to death. They said we couldn’t play our instruments, the songs weren’t songs, the lyrics were crap, the riffs were awful, Tony was just an Eric Clapton clone… We were like, ‘Fuck it, who cares?’”