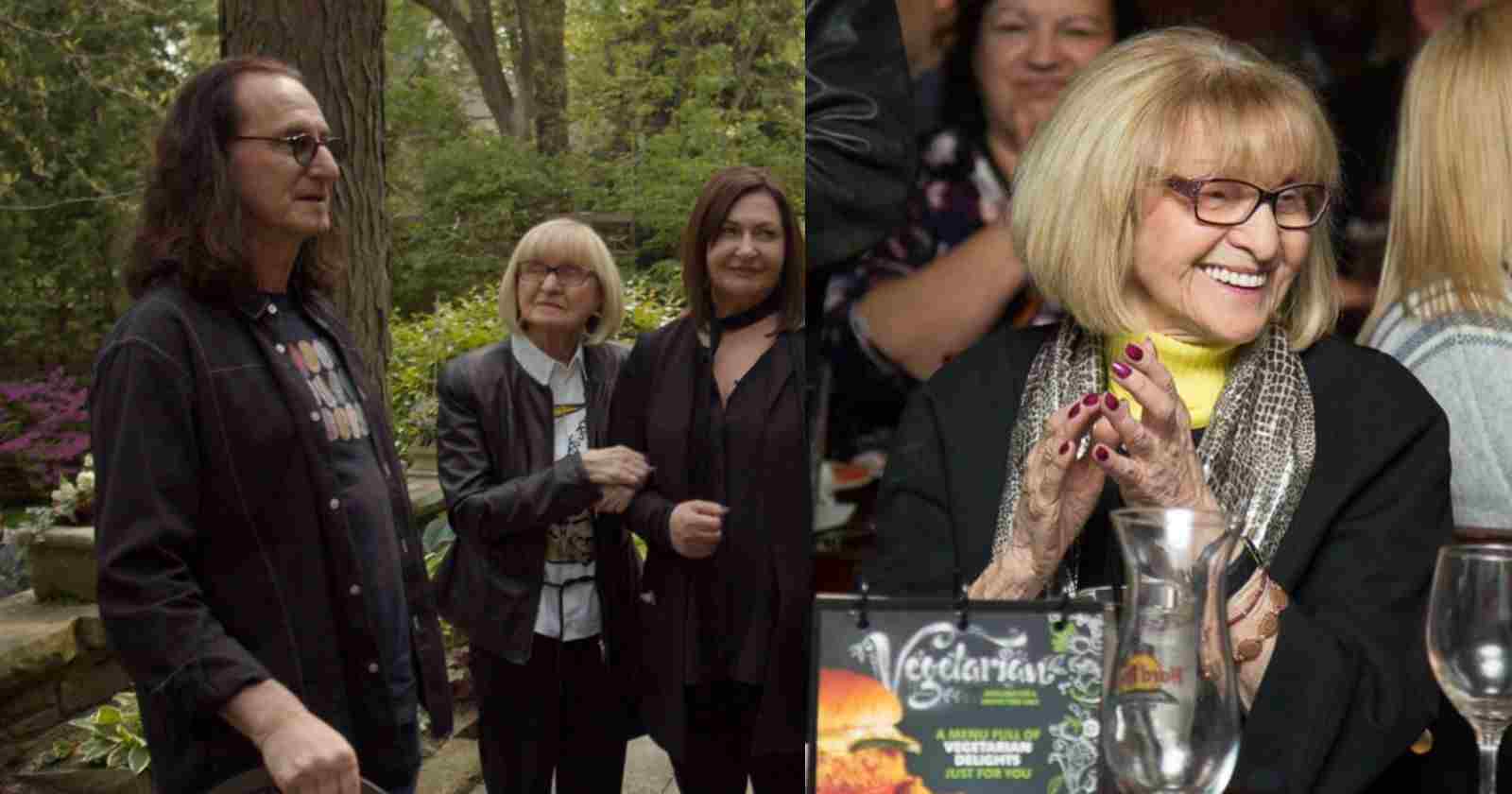 Just one week after the passing of Neil Peart’s father death, Rush bassist and singer Geddy Lee lost his mother Mary Weinrib at the age of 95 in July 2, she was close to her 96th birthday. Born in Warsaw, Poland back in 1925, she was a Holocaust survivor, having been in the labor camp at the munitions factory in Starachowice and the concentration camps at Auschwitz. There she met and fell in love with her husband Morris Weinrib, and at Bergen-Belsen, where she was finally liberated in April 1945.

Reunited and married in 1946, Mary and Morris emigrated to Canada. After her husband Morris’s sudden death in 1965, Mary was left with three young children and a variety store that her husband had owned and managed. Mary was determined to learn the business. Against the advice of well-meaning friends, she took over managing their store in Newmarket. She successfully ran the business until she retired.

Mary was an early supporter and a fixture at RUSH concerts. When the first RUSH album was released, Mary plastered the windows of her store with the posters and gave albums away to any kids who wanted them but didn’t have the money to buy them.

In an interview with New York’s Q104.3 back in 2019 Lee talked about his mother and father:

“[Nazi guards] lined them up every day. They walked to ‘left, right, left, right’. If you were going in one direction, you would go to the gas chambers. If it was in the other direction, it would work,” he explained.

She can been seen talking about Geddy Lee and Rush in Dave Grohl’s recent documentary “What Drives Us“, that interviewed rockstars and their suportive mothers: