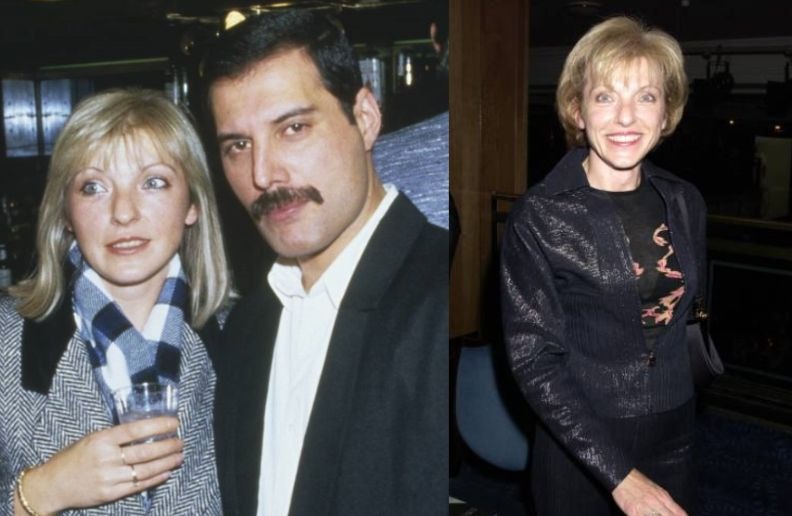 Mary Austin is commonly regarded as the woman of Freddie Mercury’s life, having been his fiancée and later his best friend and confidant. Almost 30 years after the singer’s death, Mary is now the heir to Mercury’s fortune, taking half of everything the musician has achieved throughout his career. The remaining 50% were distributed by Freddie Mercury’s family and friends.

In addition to the mansion that Mercury had in Kensington, England, valued at around 22.5 million euros, Mary Austin still had the copyright to his work, which includes all the albums sold and all the profits made with the works, even latest Queen tours.

The recent debut of “Bohemian Rhapsody,” a biopic about Mercury and Queen, helped to increase Mary’s 67-year-old bank account: the musician’s ex- fiancée earned more than 44.8 million euros from the film.

It was guitarist Brian May who introduced Mary Austin to Freddie Mercury when Queen were still taking their first steps. “I remember his black hair, which made him look like a knight, and his arm resting on the edge of Brian’s chimney,” he told the Daily Mail in 1999.

“He did not look like anyone i had ever met before. He had a lot of confidence in himself,” she continued. “It took us about three years to fall in love, but I had never felt anything like this for anyone.”

After sharing their home together, the romance vanished. “He told me he thought he was bisexual, and I told him I thought he was gay,” he said. “We did not say anything else, we just hugged each other.”

Despite this, the friendship remained until the day of Freddie’s death. “He chose the date of his death,” she said, explaining that the musician stopped taking the medication he had been prescribed to fight the HIV virus. “His body was becoming more and more debilitated, it was distressing to see him like this. One day he decided it was time and he put aside all the medical aids that kept him alive.”

“What struck me was his bravery. He faced death head-on and said ‘okay, I accept, I’m leaving now.'” But it was quiet, with a smile on his face. Nowadays, Mary Austin is married to an entrepreneur, with whom she has two children – and only her knows where Freddie ashes are.