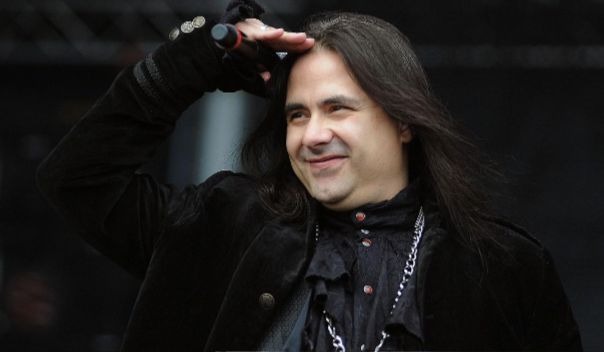 Andre Matos, founder of the bands Viper, Angra and Shaman and one of the greatest vocalists of Brazilian metal died on Saturday (8), in São Paulo. The information was published by the bands in their social networks.

His bandmates on Shaman said:

“Fate has united us, separated us, reunited us and now preached more with us. It is with deep pain in our hearts that we say goodbye to Andre once more, this time in a definitive way”.

According to Brazil Music Press, which advises the band Shaman, the cause of death has not yet been detected and will only be clarified after the autopsy process. The advisory also states that “for reasons of privacy and respect for family pain, no information about funeral and burial will be disclosed.”

Currently, they were in band reunion tour, in which Matos sang between 2001 and 2006. Last Sunday (2), they performed a show in São Paulo, and the next one would be on July 13 in Santa Cruz do Rio Pardo (SP).

The musicians who are in Angra, band that Matos founded in 1991, also spoke about the death in the social networks. “With much pain we received the news of the death of Andre Matos. Angra is in mourning,” says the note published in the official account of the group.

Kiko Loureiro, former Angra guitarist that is currently on Megadeth also talked about his late friend.

“What a sad morning. A phone call and the news that André Matos passed away. Life is too fragile. I cried. Since I was 14 years old back in the Rio Branco school, André was already a benchmark. We all wanted to be like him.”

“The unparalleled voice, the talent for the piano. Luckily, the destiny united us for nine years. In the years we spent together, we have created and lived incredible things which are kept in the most special place in my memory.”

“The crazy dream of having a world-famous heavy metal band that we talked about while sitting on the bus going to rehearsals. The songs he wrote are timeless (Play Carry On!), the albums… from our first precarious shows to the big tours in Europe. Everything is coming back to my mind now.”

“From his peerless high notes to the glance over the round glasses. André, you were and will always be so important to us all. This week he said he wanted to play together again after 20 years. Too sad. Your voice, your songs, and your piano will be eternal for all of us fans.. Thank you, André. RIP.”