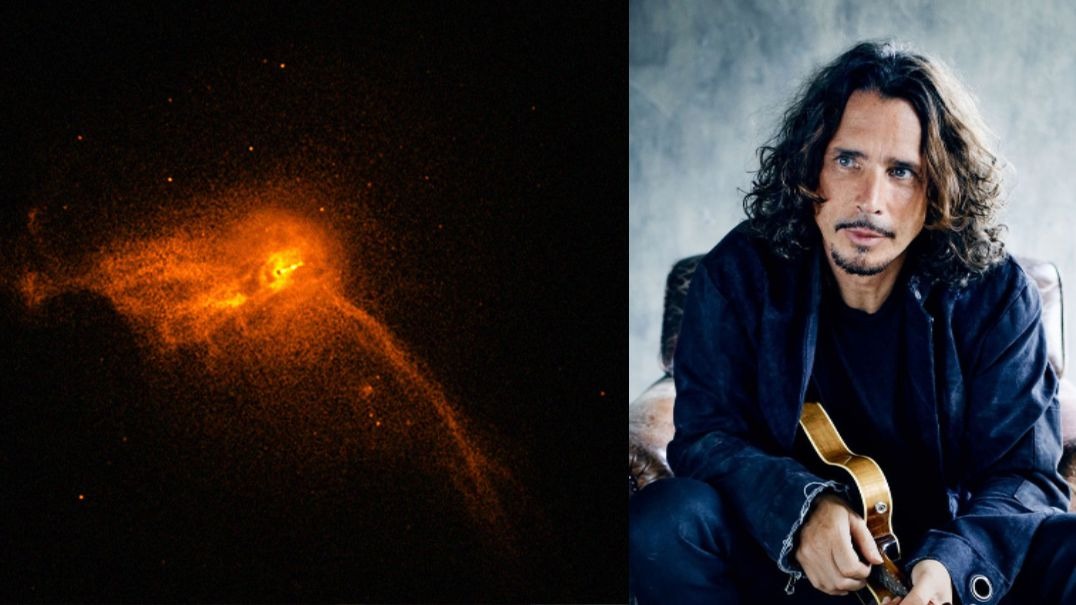 An online petition by fans asks that the Black Hole that appears in the historic first released image of a star of this nature is named in honor of Chris Cornell, referring to the song “Black Hole Sun”, released by Soundgarden in 1994.

In the petition, creator Giuliana Jarrin says: “For almost two years we lost Chris Cornell, vocalist of Soundgarden and Audioslave and, above all, the voice of a generation. He was one of the most beloved people not only in rock but in the musical environment as a whole. His work, his voice and his personality inspired, influenced, changed and even saved the lives of thousands of people.”

To sign the petition, go to the following link: https://www.change.org/p/national-science-foundation-name-the-black-hole-after-chris-cornell

“Black Hole Sun” is a song by the American rock band Soundgarden. Written by frontman Chris Cornell, the song was released in 1994 as the third single from the band’s fourth studio album Superunknown (1994).

It is arguably the band’s most recognizable and most popular song, and remains a well known song from the 1990s. The song topped the Billboard Mainstream Rock Tracks chart, where it spent a total of seven weeks at number one.

Despite peaking at number two on the Modern Rock Tracks, “Black Hole Sun” still finished as the number-one track of 1994 for that chart. It failed to hit the Billboard Hot 100 chart due to the rules of a physical/commercial release of the single at the time, but it still peaked at number 24 on the Hot 100 Airplay chart and number nine on the Mainstream Top 40 chart. The song was included on Soundgarden’s 1997 greatest hits album A-Sides and also appeared on the 2010 compilation album Telephantasm.