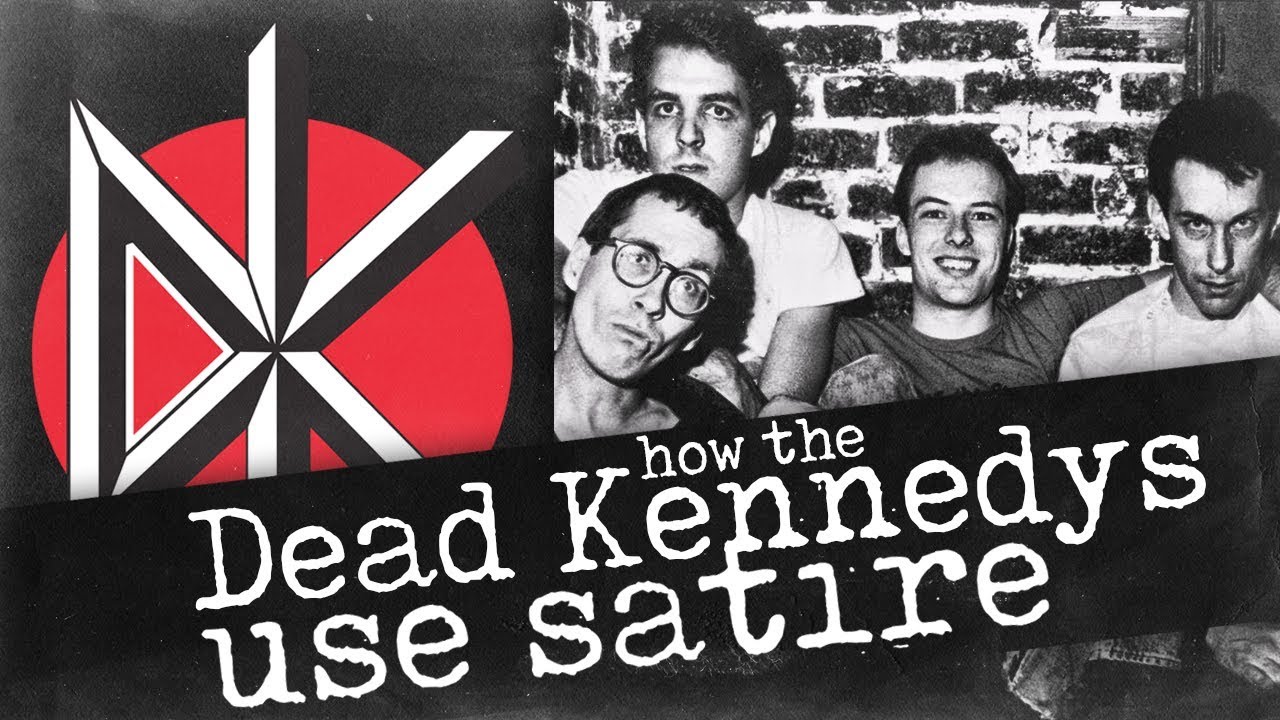 The Dead Kennedys are an American punk rock band that was formed in San Francisco, California, in 1978. The band was one of the first American hardcore bands to make a significant impact in the United Kingdom.

Dead Kennedys’ lyrics were usually political in nature, satirizing establishment political figures (both liberal and conservative) and authority in general, as well as popular culture and even the punk movement itself.

During their initial incarnation between 1978 and 1986, they attracted considerable controversy for their provocative lyrics and artwork. Several stores refused to stock their recordings, provoking debate about censorship in rock music; in the mid 1980s, vocalist and primary lyricist Jello Biafra became an active campaigner against the Parents Music Resource Center. This culminated in an obscenity trial between 1985 and 1986, which resulted in a hung jury.

In the great video below you can find out more about how they used satire.

The group released a total of four studio albums and one EP before disbanding in 1986. Following the band’s dissolution, Biafra continued to collaborate and record with other artists including D.O.A., NoMeansNo and his own bands Lard and the Guantanamo School of Medicine, as well as releasing several spoken word performances.