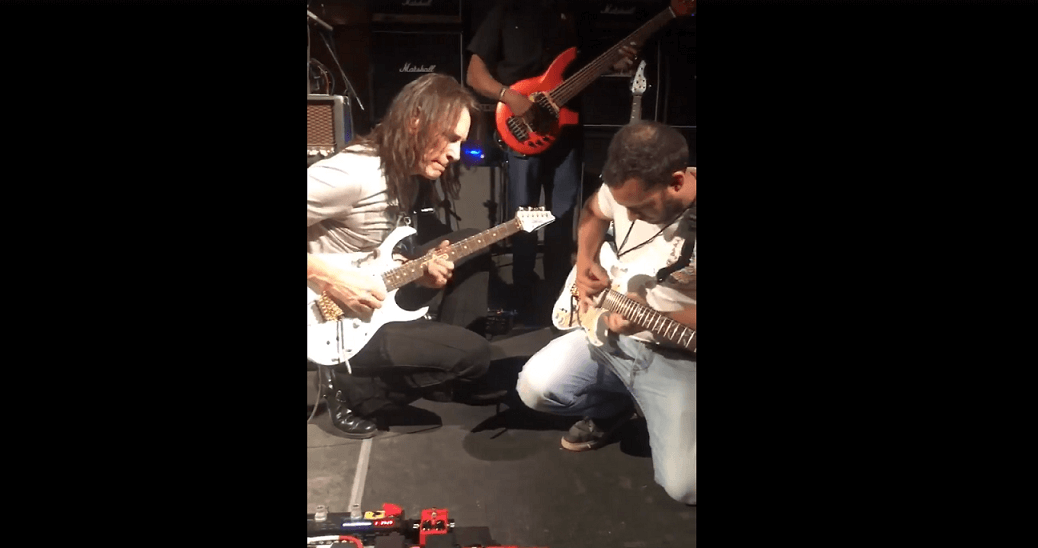 It all started when Fernando knew that a “guitar camp” would happen near Pasadena, California, where he lives. Among those present would be Steve Vai one of the greatest idols of the teacher’s adolescence.

He who in the spare hours is a guitarist did not think twice: bought a nice guitar and started rehearsing to play well. But things did not go the way Fernando planned. The moment he played with his idol the guitar string broke in half. What would be a frustration became a great joy, as Steve Vai passed the personal guitar to the professor.

For being short, Fernando crouched and to his surprise Vai did the same. After the guitar strings were replaced by Steve. Undoubtedly, a night for the history of the teacher who, today, at 35, returned to the adolescence.