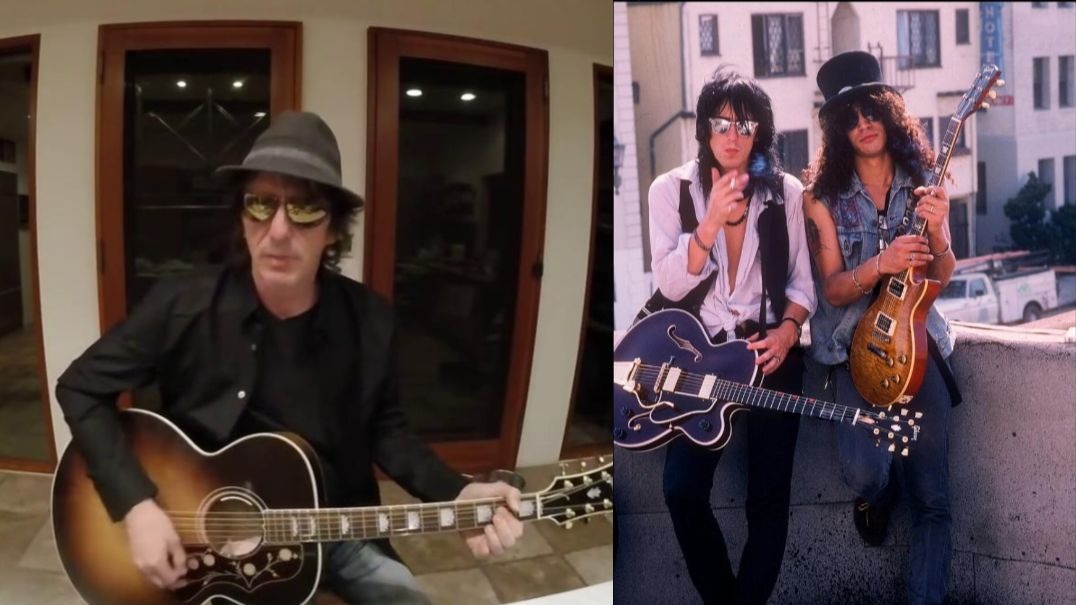 In an interview with the journalist Mitch Lafon’s podcast, former Guns N ‘Roses manager Alan Niven revealed that a reunion between the band and guitarist Izzy Stradlin is closer to happening than many imagine.

According to Niven: “They expect to have Izzy on stage and not just for a sound pass, but for a full performance. It’s something like ‘let’s see how he is, if he’s feeling comfortable, and from there we can prepare for next year’. Definitely, if I had to bet on it, I would have guessed that Izzy will be back in Guns soon enough. I would not be surprised if a real meeting was announced in the coming weeks. ”

Guns N ‘Roses will return to “Not in This Lifetime Tour” with a show at the Louder Than Life Festival in Louisville, Ky., On September 28. Everything points to Izzy Stradlin playing with the band during this performance, and if all goes well between the guitarist and the other musicians, it is very likely that Guns announce his definitive return. It is worth remembering that Axl, Slash and Duff have already confirmed that the band is working on new songs and will go into the studio at the end of the year to record a new album.

Izzy left the Guns in 1991, after the release of the double “Use Your Illusion”. Over the years he has participated in some shows of the band, but never returned permanently. The guitarist has a long solo career that has already released eleven records, the most recent coming out in 2010 with the title “Wave of Heat”.