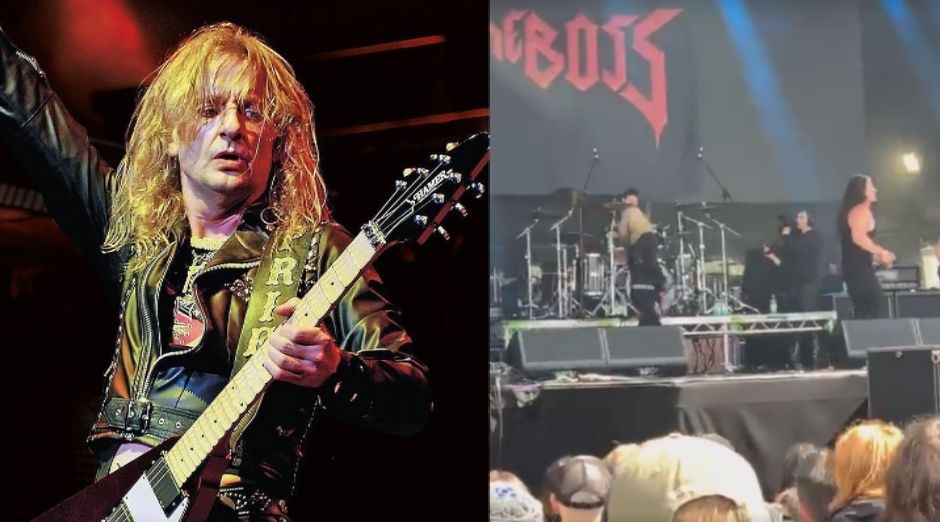 After 10 years since he announced his retirement, the legendary former Judas Priest guitarist K.K Downing returned to the stage, but not with Priest, like he said he wanted to. He joined the Ex-Manowar axeman Ross “The Boss” Friedman for four song at the Bloodstock Open Air festival at Catton Park, Derbyshire in United Kingdom.

The musician played the classics “Green Manalishi”, “Heading Out On The Highway”, “Breaking The Law” and “Running Wild”.

The last time the musician performed live was on October 17, 2009 when on Judas final “British Steel 30th Anniversary” date on the “Nostradamus” world tour at Japan’s Loud Park festival in Chiba City, Japan.

After the concert the guitarist said:

“I’m really delighted and really looking forward to sharing the stage with Ross The Boss and saying hello to all our fans together. For me, as you know, it’s been far too long, so I sincerely hope to see as many familiar faces as possible at this truly unique event. True metal for true metal fans at the U.K.’s truest metal festival. United we stand!”

He left Judas in 2011 claiming band conflict, shoddy management and declining quality of performance. He was replaced by Richie Faulkner, nearly three decades his junior.