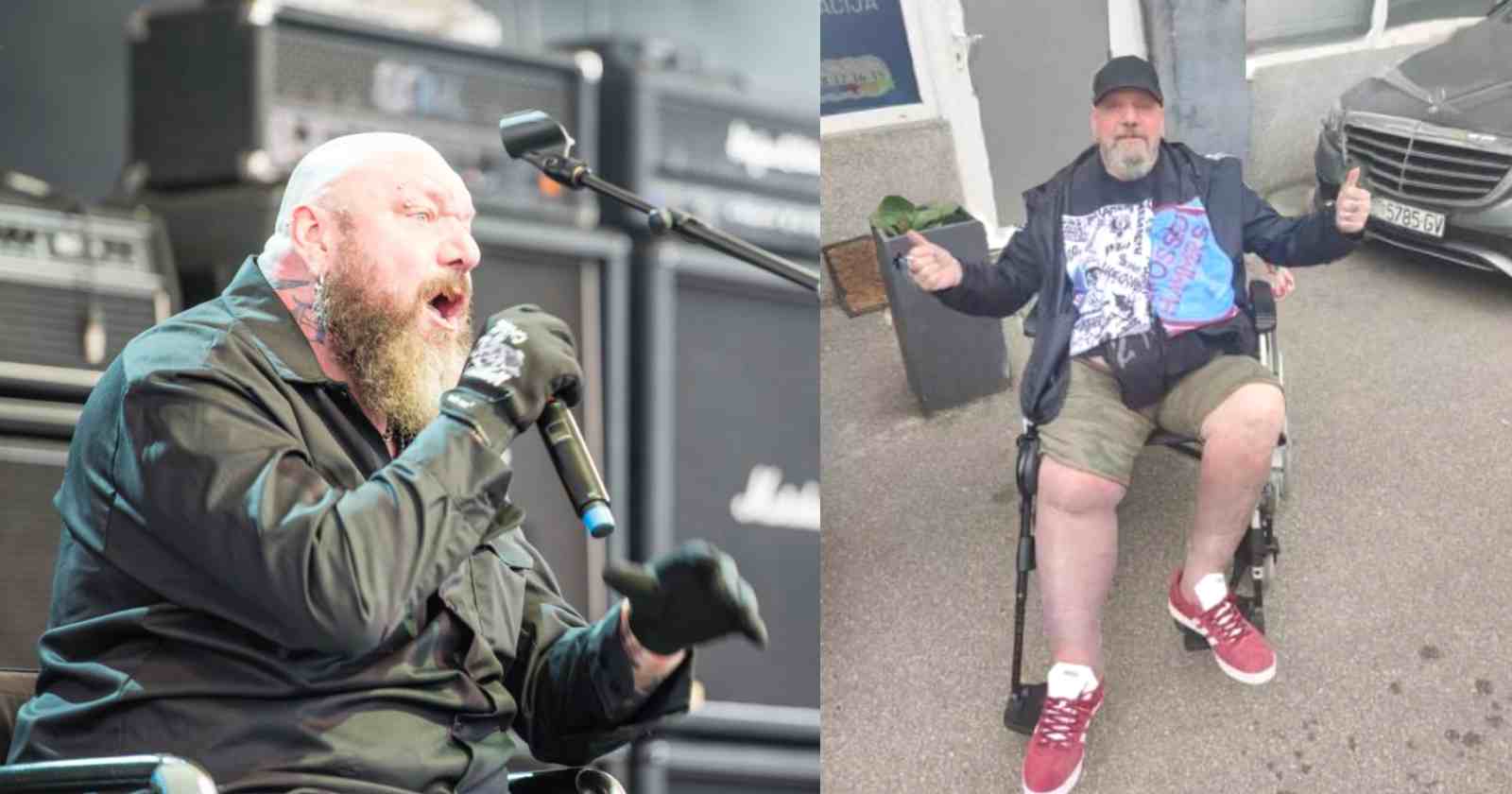 The ex-Iron Maiden vocalist Paul Di’Anno who was the voice on the band first two albums “Iron Maiden” (1980) and “Killers” (1981) is in Zagreb, the capital of Croatia for three months already receiving lymphatic drainage for his upcoming knee surgery. Blabbermouth shared a health update of the musician that was given by Stjepan Juras, an author of many Iron Maiden related books that is taking care of Di’Anno during his treatment in the European country.

Di’Anno only was able to have the treatment with the help of Maiden fans through a fundraising campaign because he wasn’t able to get help in the United Kingdom through the National Healthcare System.

Stjepan Juras gave Paul Di’Anno’s health update to Blabbermouth, saying: “Paul was originally supposed to wear a carbon orthosis that would be thin and firm and over which he could wear his sneakers. However, his condition did not allow that type of orthosis and doctors suggested an orthosis with an already fitted shoe (which would mean he would have to walk for several months with two different shoes. That didn’t seem like the best option to him)”.

“Another option was temporary leg stiffness surgery and the installation of external fixators, after which Paul, awaiting major artificial knee implant surgery, could walk. Admittedly, a little stiffer, but he would walk. Paul agreed to this. However, after an ultra-scan and additional examination of the body the doctors concluded that his circulation in his leg was not yet good enough for the operation to be performed safely.”

“Paul will probably go to several barochamber treatments to improve circulation. But orthopedists have been looking for the best temporary solution. Finally they found a type of orthosis that would suit Paul perfectly and that he could walk with. On Monday, Paul goes on to take foot measurements to make him a custom orthosis”.

“When the orthosis arrives, Paul will spend some time in Croatia learning to walk again. Doctors predict that he will be able to get to his first concert after seven years (May 21, 2022). After that, Paul will have to walk and exercise intensively for several months in order for his circulation to fully recover and when that happens, he will be ready for the final surgery.”