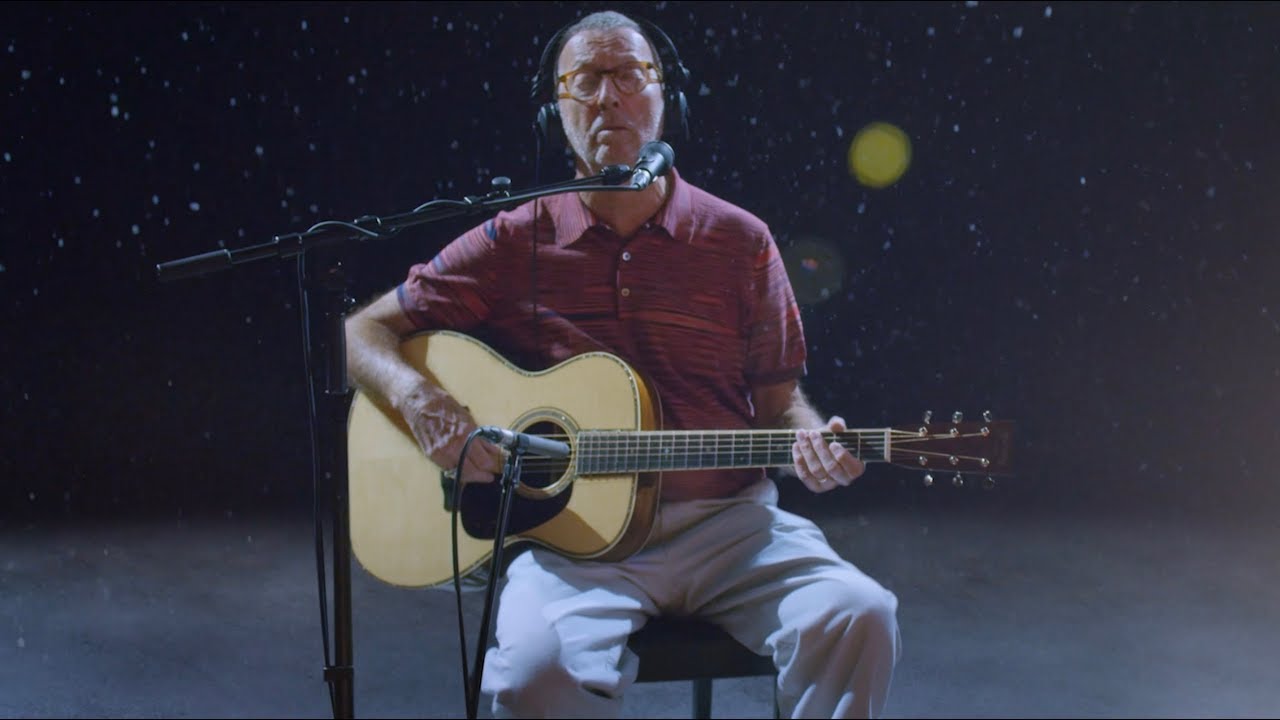 Directed by John Logsdon, below is the video for “For Love On Christmas Day,” track of Eric Clapton’s latest album, “Happy Xmas,” 24th studio album of the guitarist’s career.

Successor of “I Still Do” of 2016, “Happy Xmas” brings Clapton recreating Christmas classics with some more unknown songs of the same theme, in addition to an unprecedented, “For Love On Christmas Day”. The illustration of the cover art was also made by Clapton.

Eric Patrick Clapton, CBE (born 30 March 1945), is an English rock and blues guitarist, singer, and songwriter. He is the only three-time inductee to the Rock and Roll Hall of Fame: once as a solo artist and separately as a member of the Yardbirds and of Cream. Clapton has been referred to as one of the most important and influential guitarists of all time.

After Cream broke up, he formed blues rock band Blind Faith with Baker, Steve Winwood, and Ric Grech. Clapton’s solo career began in the 1970s, where his work bore the influence of the mellow style of J. J. Cale and the reggae of Bob Marley. His version of Marley’s “I Shot the Sheriff” helped reggae reach a mass market.

Two of his most popular recordings were “Layla”, recorded with Derek and the Dominos; and Robert Johnson’s “Crossroads”, recorded with Cream. Following the death of his son Conor in 1991, Clapton’s grief was expressed in the song “Tears in Heaven”, which was featured on his Unplugged album.