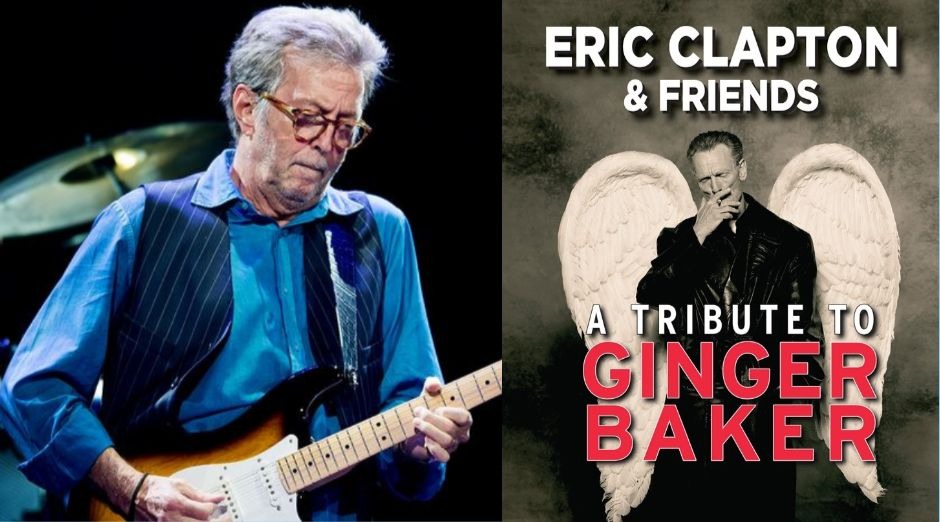 Eric Clapton announced, that he will perform a special show in London on February 17, 2020 in tribute to the late Ginger Baker, former cream drummer and bandmate, who died last October 6 with 80 years old.

The event will take place at the Hammersmith Apollo. The presentation will have all its revenue reverted to Leonard Cheshire, an NGO that helps people with health problems. The setlist will revolve around the musician partnerships in Cream and Blind Faith.

Named “Eric Clapton & Friends: A Tribute to Ginger Baker,” the show promises to feature big names, but the lineup has not yet been announced. A name that probably will be present besides Eric Clapton is Steve Winwood that was their bandmate on Blind Faith.

“A TRIBUTE CONCERT TO GINGER BAKER”

“NOVEMBER 25, 2019. Eric Clapton announced today a one-time only concert to celebrate the musical life of his dear friend Ginger Baker.”

“Eric Clapton & Friends: A Tribute to Ginger Baker will take place Monday, February 17, 2020 at the Eventim Apollo Hammersmith in London.”

“The set list for the concert will look to honour Baker’s lifetime in music and will. Of course, include Clapton and Baker’s work together in Cream and Blind Faith.”

The event will be held in aid of Leonard Cheshire, a charity close to the Baker family.”

“Leonard Cheshire – supporting individuals to live, learn and work as independently as they choose, whatever their ability, at the heart of local life – opening doors to opportunity, choice and support in communities around the globe. www.leonardcheshire.org”