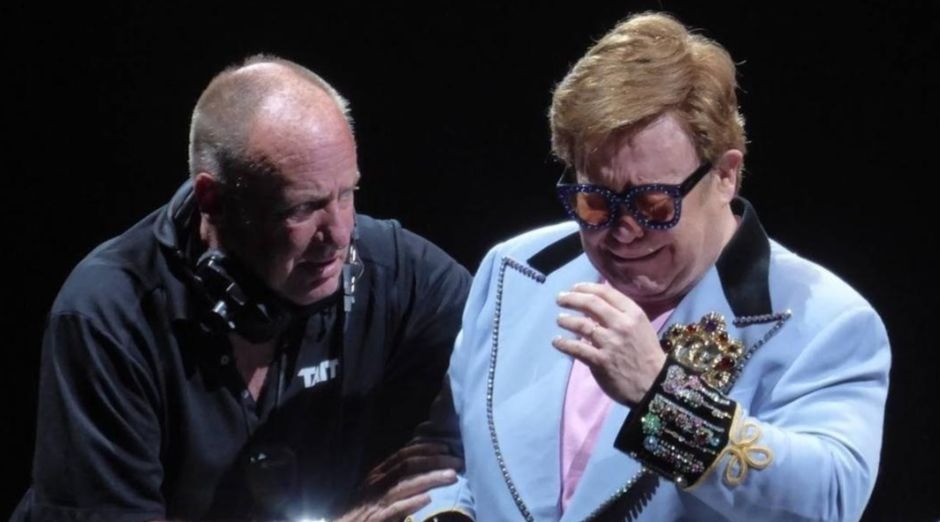 Elton John was unfortunately forced to finish earlier his concert in Auckland, New Zealand after he told fans he was diagnosed with “Walking Pneumonia“, that is how some people describe a mild case of pneumonia. Doctors might call it “atypical pneumonia” because it’s not like more serious cases. It is caused by bacteria and viruses and its symptoms include fever, chest pain, cough and chest pain – similar to a cold, but patients are often able to continue daily activities.

The 72-year-old, recently won an Oscar for best original song with “(I’m Gonna) Love Me Again”, performed at Mount Smart Stadium as part of his farewell world tour.

He took two breaks during the concert and has medical attention during the entire set. Sadly he wasn’t able to finish the 14th song of the concert, “Daniel”.

Sofa-King-Cool Magazine said the musician was checked by doctors after slumping over his piano. Five minutes after he returned saying to the audience: “I don’t know how much longer I can go on.” He left the stage after “Candle in the Wind” but returned to continue. During “Daniel” he announced: “I’ve completely lost my voice – I’m so sorry … I can’t sing. I’ve got to go. My voice is shot.”

Watch Elton John leaving the stage due to Pneumonia:

Elton John released a note on social networks thanking the audience that was on the show:

“I want to thank everyone who attended tonight’s gig in Auckland,” John said via social media later. “I was diagnosed with walking pneumonia earlier today, but I was determined to give you the best show humanly possible.” He added: “I played and sang my heart out, until my voice could sing no more. I’m disappointed, deeply upset and sorry. I gave it all I had. Thank you so much for your extraordinary support and all the love you showed me during tonight’s performance. I am eternally grateful.”

Since then there are no information about the next tour dates on February 18 and 20. Therefore, the your dates are still confirmed in the musicians website.