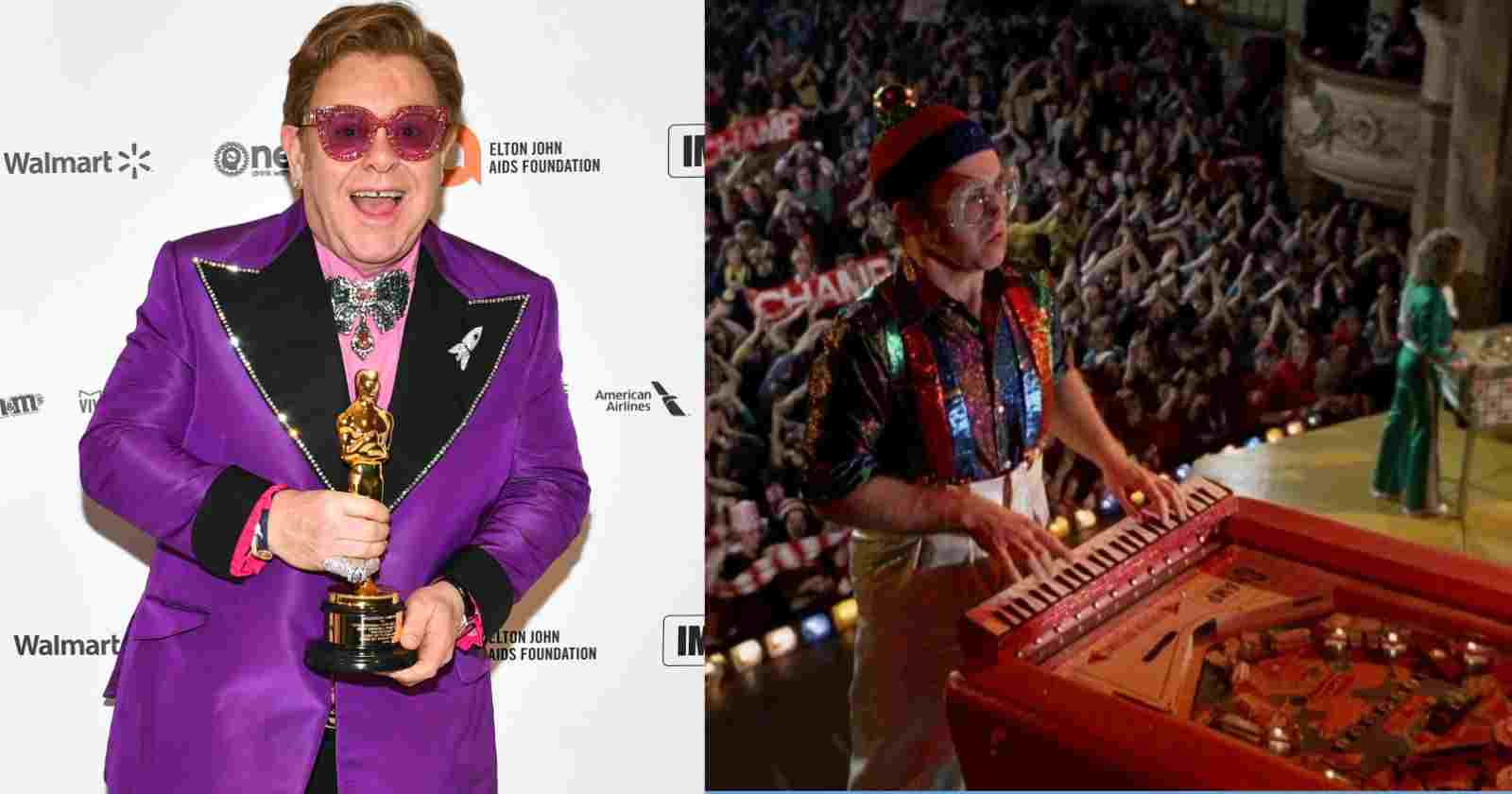 Legendary musician Elton John revealed in an interview with Rotten Tomatoes back in 2011 his 5 favorite movies of all time and explained why he likes them so much. He picked movies of all genres.

Elton John and his 5 favorite movies of all time:

“Godfather II. Just riveting. It’s just incredible. At that time, there weren’t usually sequels to films, and when they did Godfather II, when they said they were going to do Godfather II, I groaned. And, of course, it was better, I think, than Godfather I. I think it’s an amazing, amazing piece of filmmaking. He was an amazing director, Coppola.”

“All About Eve, because I just think the dialogue in that film is incredible and so brilliant, and I never get fed up with watching it. It’s just brilliantly acted; it’s b—-iness at its best.”

“The Exorcist, because it frightened the s— out of me. I remember going to see it in London – I went with a friend – and I said, “Well, that wasn’t too bad after all, was it?” And we both said, “Well, I don’t want to go home quite yet.” So we went out for a meal. That is an incredible movie.”

“The Lives of Others would go in there. It’s just an amazing movie. And then he went and did The Tourist, which, I think, got a 20 percent rating on your site. We look at your website quite a lot. But, [The Lives of Others] was just a beautiful film.”

“So many great movies coming out of Germany, like… Well, The Reader was a Stephen Daldry film, but it was all about coming to terms with their past. And also, Downfall was as well. God, I could continue forever because I love movies.”

Elton John’s real name is Reginald Dwight. Born in 1947, he grew up in the Pinner area of ​​London. He learned to play the piano early, and in 1962 he formed a blues band called Bluesology. He met his lyricist Bernie Taupin in 1967, after both responded to an ad for composers.

So for two years, they produced songs for other artists, including Roger Cook and Lulu. John also worked as a studio musician for artists like The Hollies and The Scaffold. In 1969, he released his debut album, Empty Sky. In 1970, he released the single Your Song, from his second album, Elton John, reaching the top ten in the UK and the USA. It was his first successful single.

Last year he became the second artist to be honored by the British Royal Mint, with a commemorative coin. The coin designed by artist Bradley Morgan Johnson, shows John’s unmistakable straw hat with his characteristic glasses with musical notes.