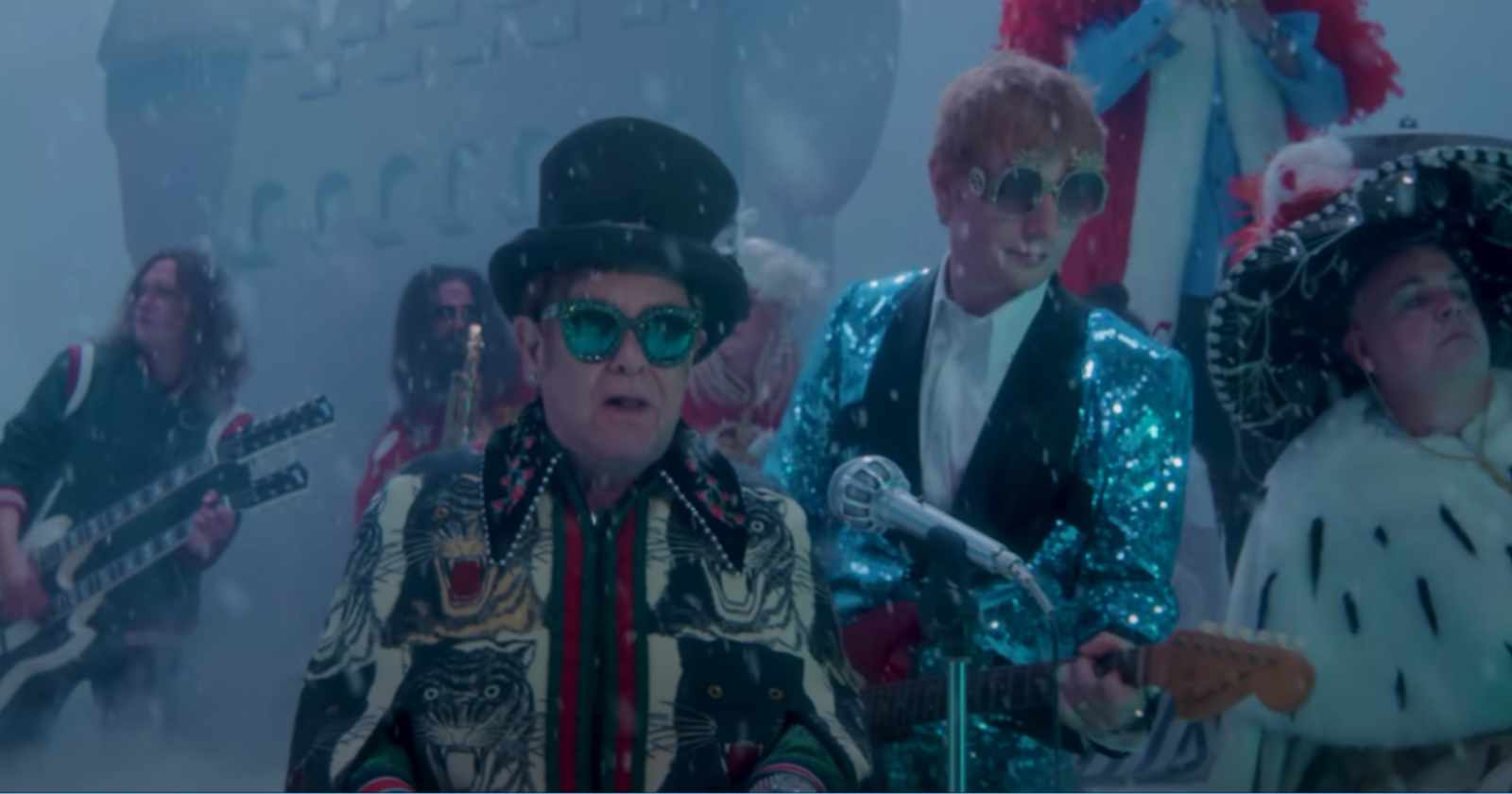 Elton John and Ed Sheeran released the new song “Merry Christmas”. The single was produced by Steve Mac, who collaborated with Ed on his #1 singles Shape Of You and Shivers. The song was written by Elton and Ed, starting on Christmas Day, 2020, after the two singer-songwriters spoke on the phone (Sheeran says that Elton calls him regularly). Elton suggested they put out a holiday single together and a few months later they wrote three songs, eventually selecting Merry Christmas as the one to release.

Although Elton and Ed have a strong bond and history, this is the first time they have actually recorded a song together. Ed was once signed to Elton’s Rocket Music management company and the pianist has long championed his musical protégé.

This is Elton’s seventh song with the word “Christmas” in the title, although it must be noted that not all of them are full of holiday cheer. In 1973, he released Step Into Christmas as a stand-alone single, with the lighthearted Ho, Ho, Ho (Who’d Be A Turkey At Christmas) as the b-side. It has, over the years, become Elton’s most-often charted song in the UK, appearing on the singles tally a total of 12 separate times to date, marking its highest peak position at #8 in both 2020 and 2021.

Elton’s 1983 album, Too Low For Zero, begins with the song Cold As Christmas (In The Middle of the Year), a husband’s lament over what has become a “marriage minus heart”.