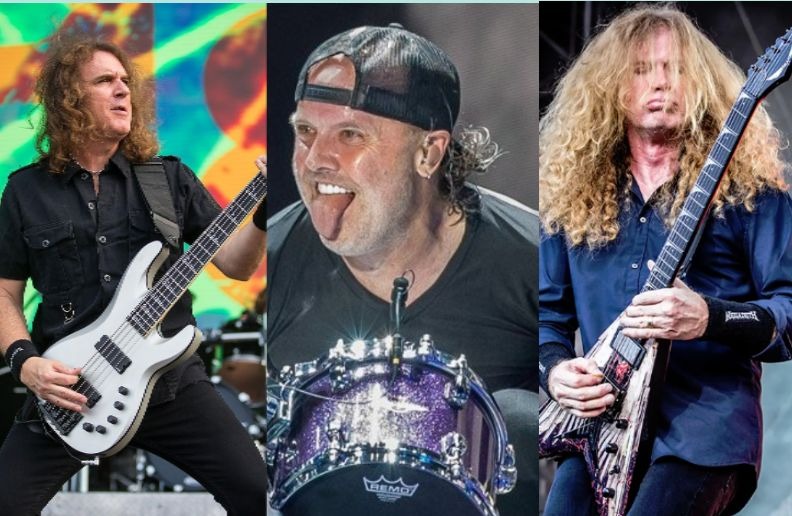 In an interview with The Ex-Man Podcast, Megadeth bassist David Ellefson talked about when Lars Ulrich wanted him on Metallica and revealed how Dave Mustaine reacted to that.

About if he was on the audition, he said:

“I did not. Lars [Ulrich] had contacted Dave [Mustaine] to ask him permission, which I thought was kind of him, to say, ‘Hey, would it be okay if we reach out to Ellefson?’

“Dave called me, and he said, ‘Listen, I would hate to lose you, but as your friend, I certainly couldn’t hold you back from an opportunity like that.’ So he gave it his blessing. I never did get the call.”

Ellefson also discussed the difference between Metallica and Megadeth:

“There’s a different vibe about [‘No Life ‘Til Leather’], ’cause, obviously, Dave played on that. So that’s why I heard it first – because when I met Dave, ‘Kill ‘Em All’ wasn’t even out yet. They had let Dave go, then they recorded ‘Kill ‘Em All,’ but that album wasn’t out yet.

“So this is June of ’83. What I liked was the bass player, Ron McGovney. As much as everybody’s really into Cliff [Burton], my Metallica was with Ron McGovney. And that’s why on ‘Mechanix,’ when we put it on ‘Killing Is My Business,’ I played Ron’s bassline.”