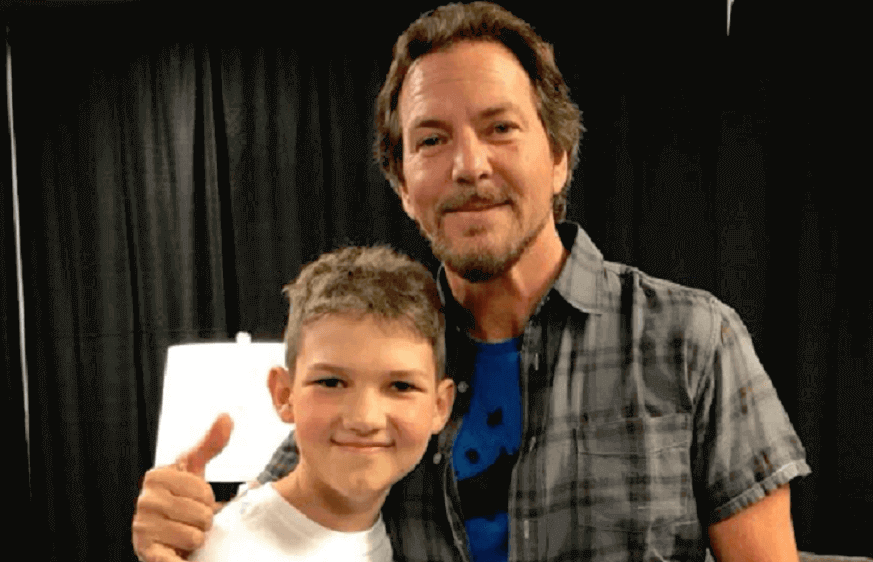 Eddie Vedder strikes again with his excess of kindness and talent to create cute moments.

The lead singer of Pearl Jam realized the dream of an American boy named Roarke, who recently was cured from a serious brain cancer. In addition to meeting the idol, the boy was still able to show his guitar skills to Vedder. The meeting took place during one of the group’s recent shows in Seattle.

As described in several publications – see below – with photos of the moment, Roarke told the vocalist that his favorite song is “Yellow Ledbetter”, and that he knew how to play it on the guitar. Eddie then asked for the instrument to make a jam, playing with the boy.

My guitar student, Roarke, beat brain cancer a few months ago. Him and his family have been through Hell and back this year. He loves Pearl Jam and wants to meet them at Safeco next month. Retweet or spread the hashtag #RoarkeGetsVedder @Kevin_Martinez @Softykjr @Mariners

The campaign for Roarke to meet the frontman started on the internet with the boy’s guitar teacher. Andrew Long began to spread the hashtag #RoarkeGetsVedder, which reached up to football player Brad Evans. After that, it did not take long for the Pearl Jam team to respond to the request.