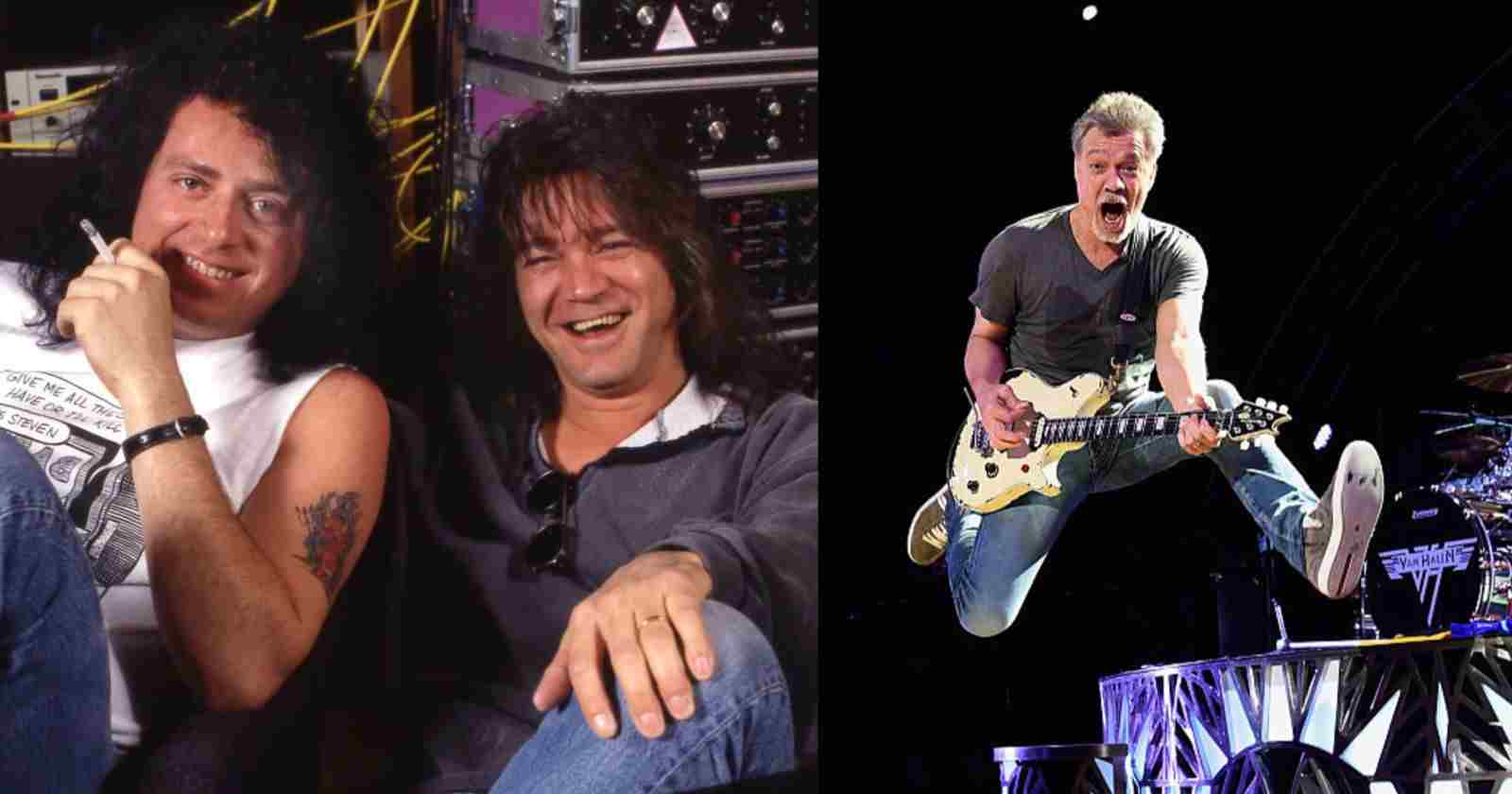 Eddie Van Halen changed the electric guitar by the late 70’s after the first Van Halen albums, playing the instrument like nobody has ever seen before. Throughout the 80’s a whole generation of guitarist copied Eddie style and tried to take that to another level, creating a whole “shredding movement”, with musicians trying always to play faster, not always caring so much about the melody.

In an interview with Guitar Magazine, Toto guitarist Steve Lukather (That was Eddie’s friend) recalled that Van Halen was sad for accidentally creating this movement.

Eddie Van Halen was sad for accidentally creating the “shred movement” according to Steve Lukather:

“These were the times when guitar players were trying to show what they had. Each guy had something and they wanted to show it off! It was healthy, no one was trying to one-up anybody else. That came a little later in the ’80s with all the intense uber-shredding that started and Ed [Van Halen] was sitting there going, ‘I created a monster, fuck!’

“They misinterpreted what his musical intent was and turned the guitar into more of a sport. I know that always bothered him. We were friends for 40 years and I miss him terribly. Every single day, man. It just shows how fallible we really are. At this point, I’m on borrowed time. I know that but I took the road the hard way. They tell me I had a blast!”

During the same interview, Lukather talked about playing with Michael Jackson

“I played on [‘Thriller’ producer] Quincy Jones’ ‘The Dude’ record, that was the first time I’d worked with him and he took a shine to me. I was able to deliver so he kept hiring me. He said, ‘Hey, I’m doing Michael Jackson’s next record I want you to be on it.’ I thought, ‘Shit, I’ve made the A-list!’ It was really cool to get the call and work with all those guys. We had so much fun and I learned a hell of a lot. Quincy was amazing to work with.”