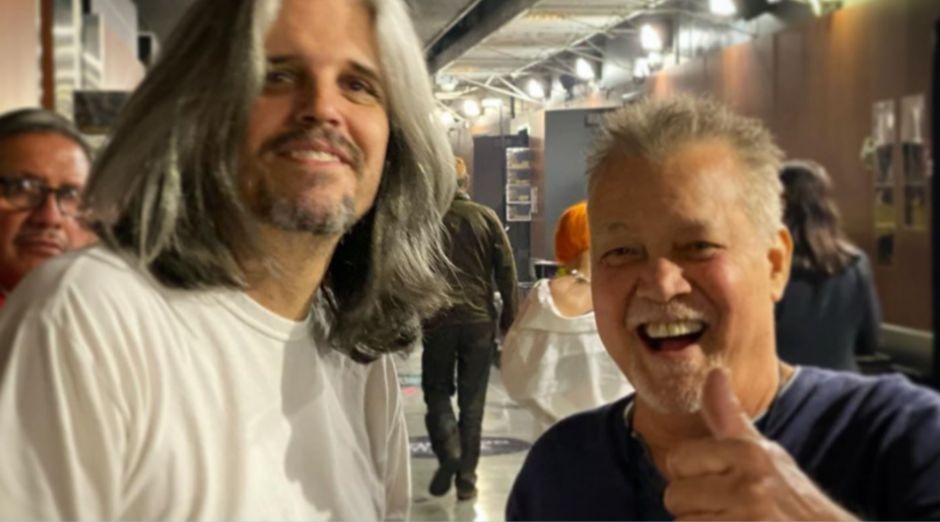 According to the TMZ, guitarist Eddie Van Halen is already at home after spending a few days in hospital due to bowel problems and abdominal pain. According to the website, the two problems arose as a result of Eddie’s body reacting badly to the medications that he is taking to fight throat cancer.

The close sources of the publication said that “he was admitted to the hospital last week with intestinal issues and abdominal pain. We’re told both were the result of a bad reaction to the drugs Eddie is taking to battle throat cancer.”

The publication also said last month that he has being treating the disease for the last 5 years, flying from the USA to Germany to get radiation treatment. The guitarist believes he developed the cancer from a metal guitar pick he used more than 20 years ago.

TMZ also said that he is fine at home with his son, now:

“When he got home from the hospital … we’re told Eddie and his son, Wolfgang, hung out and rehearsed music. If ya don’t know, Wolfgang became Van Halen’s bassist in 2006.”