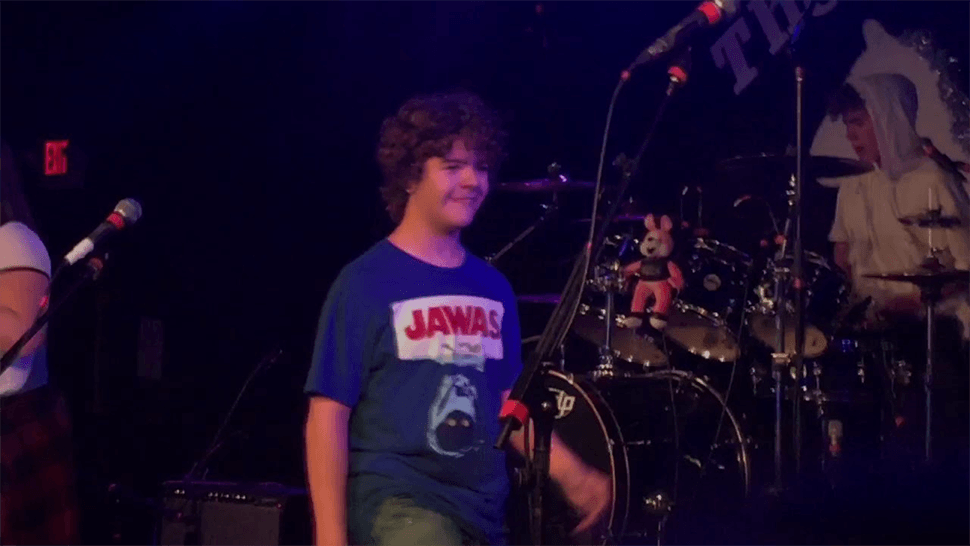 Gaten Matarazzo, Dustin from Stranger Things series of Netflix, conquered the public on the internet and this time it was not for his acting.

The 15 year-old actor, took the stage with his band Work In Progress at the iconic The Stone Pony in New Jersey and made covers from bands like Paramore, Fall Out Boys and Foo Fighters.

The song chosen to pay tribute to Dave Grohl’s band was the classic “Everlong” from the 1997 album The Color and the Shape.

The Stone Pony is known to have performed incredible shows of musicians like Bruce Springsteen and Jon Bon Jovi.

Stranger Things is a created, written, directed and co-executive American television series of science fiction and horror produced by the brothers Matt and Ross Duffer, as well as co-executive produced by Shawn Levy and Dan Cohen, being distributed by Netflix. 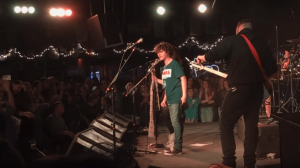 The series takes place in the 1980s, and is highly themed by the cultural elements of the time, with a soundtrack all the way to the remarkable synthesizers of the time and numerous references to the works of Steven Spielberg, John Carpenter and Stephen King, considered the great inspirations of the Duffer Brothers for the realization of the project.

In the plot, a boy disappears mysteriously in the small town of Hawkins, Indiana, and makes its friends leave by its search, that, in the way, they find a strange girl with telekinetic powers.

Back In Time: Slash performs “Johnny B. Goode” with an amazing solo
Scott Ian wants AC/DC album with Axl Rose on vocals
To Top