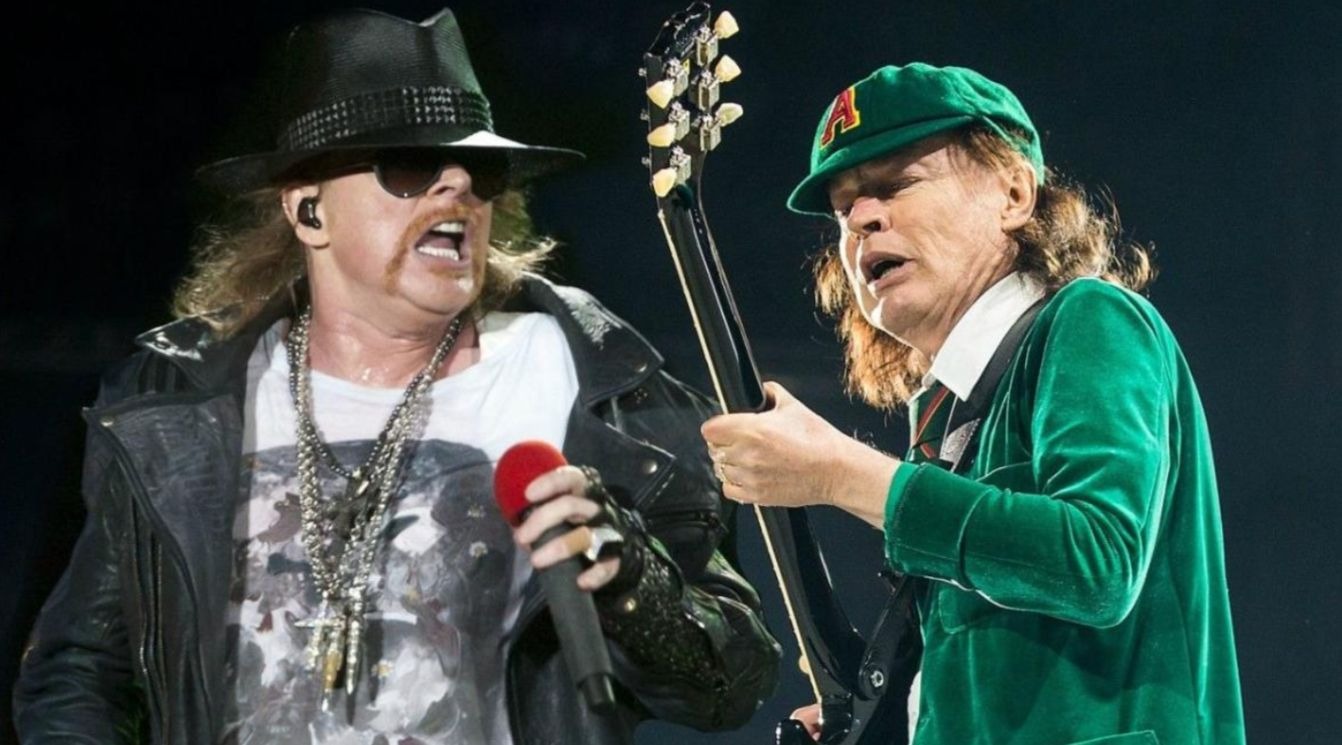 AC/DC has postponed the last 10 dates of it’s 2016 spring tour in North America after singer Brian Johnson was advised to stop playing live due to “risk of total hearing loss.” The band completed the European and North American stages of their “Rock Or Bust” tour with Guns N’ Roses frontman Axl Rose as “guest vocalist.”

Guns N’ Roses bassist Duff McKagan had the chance to see Rose and AC/DC perform in June 2016 in London and September 2016 in Cleveland, Ohio.

Duff talked about Axl’s collaboration with AC/DC during a recent appearance on the podcast “The Church Of What’s Happening Now.” “The way Axl did it was amazing, he acted in a way that was like, ‘If you do not mind, I’ll try, they need a hand here.”

According to McKagan, the rest of the band said that Axl really didn’t need to try that, but the singer wanted to, and once the dates fit the Guns N’Roses tour, Axl went to Atlanta and got the opportunity. Duff said the presentation was great.

Guns N’ Roses bassist said that after that, AC/DC has played with GNR several times, and ends up saying that Axl one day imitated the band’s lead singer with a broom, and was suddenly there, occupying the post.