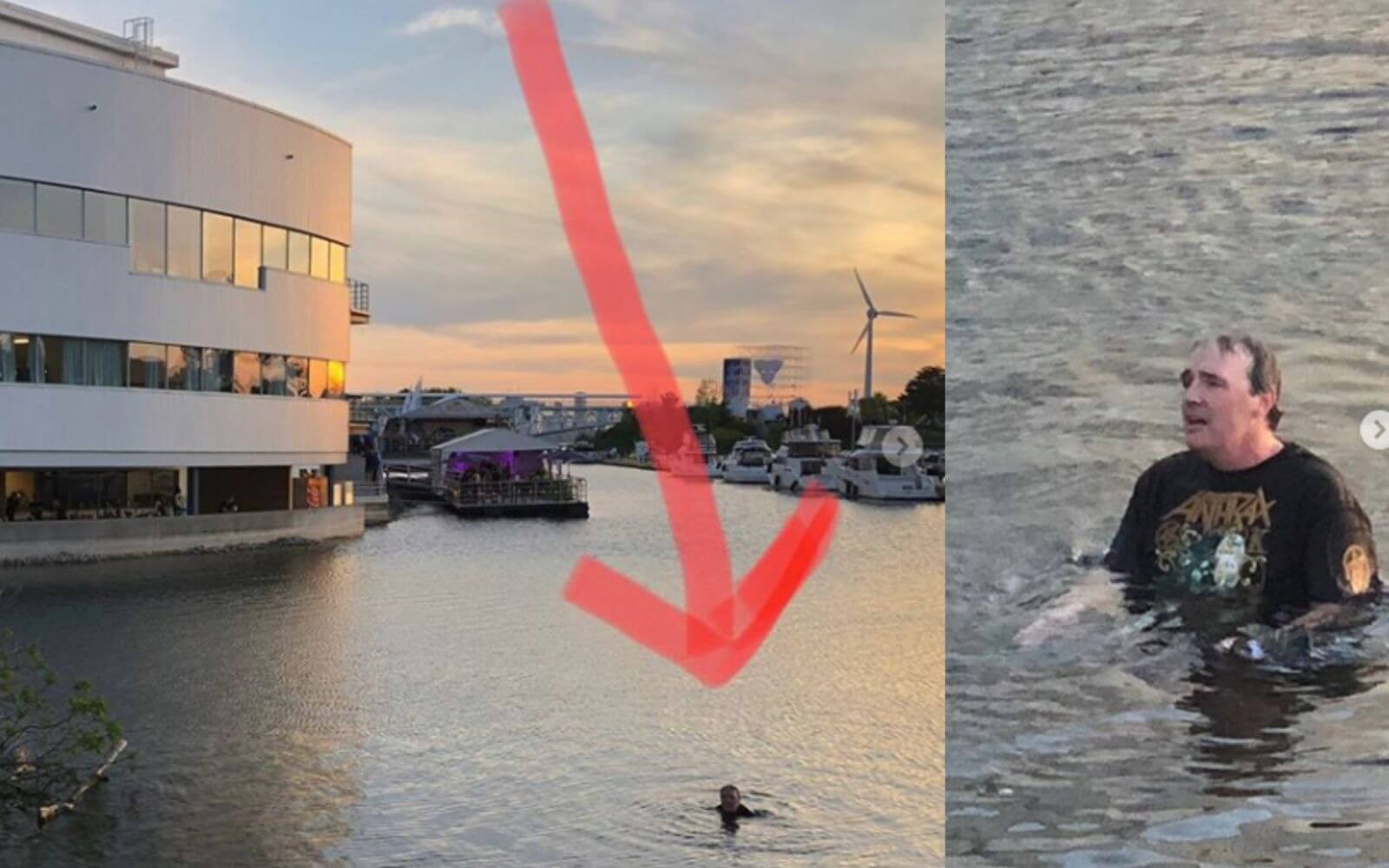 Slayer is approaching the closing months of his farewell tour which will have its last date in San Jose in August. With that, one can already imagine the follies that the fans would make to be able to watch their idols for the last time.

This was certainly the case with Chris LaRocque, a fan not only of Slayer but also of Anthrax who is opening a series of shows for the group. During a show in Canada, the man was kicked out early in the show for being too drunk and annoying the other fans there. 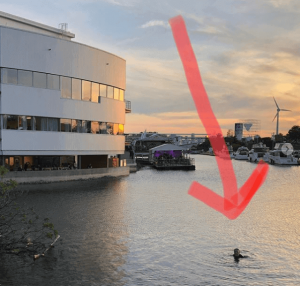 However, LaRocque didn’t accept what happened and decided to use the lakes surrounding the Budweiser Stage to return to the show. The incident was so unexpected that Anthrax frontman Scott Ian published a picture of the fan swimming his way back in his official Instagram. 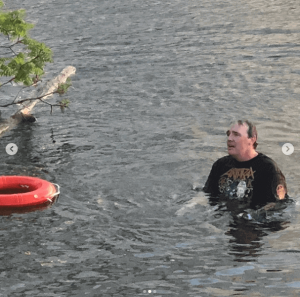 Of course later, when the security guards found him, he was expelled again. In an interview with Exlclaim, the fan explained: “I was a bit upset, but not rotten drunk or something, but I was feeling good. […] I was worried about putting my parts in the water and freezing. I was not swimming fast. I tried not to be noticed. I was wearing my camouflage cap, so I thought I’d help. ”

The madness was so great that it hit the ears of Slayer guitarist Gary Holt, who eventually asked security people to keep LaRocque on the show, but that didn’t help. According to the website Consequence of Sound, the fan won tickets to watch the bands in London.