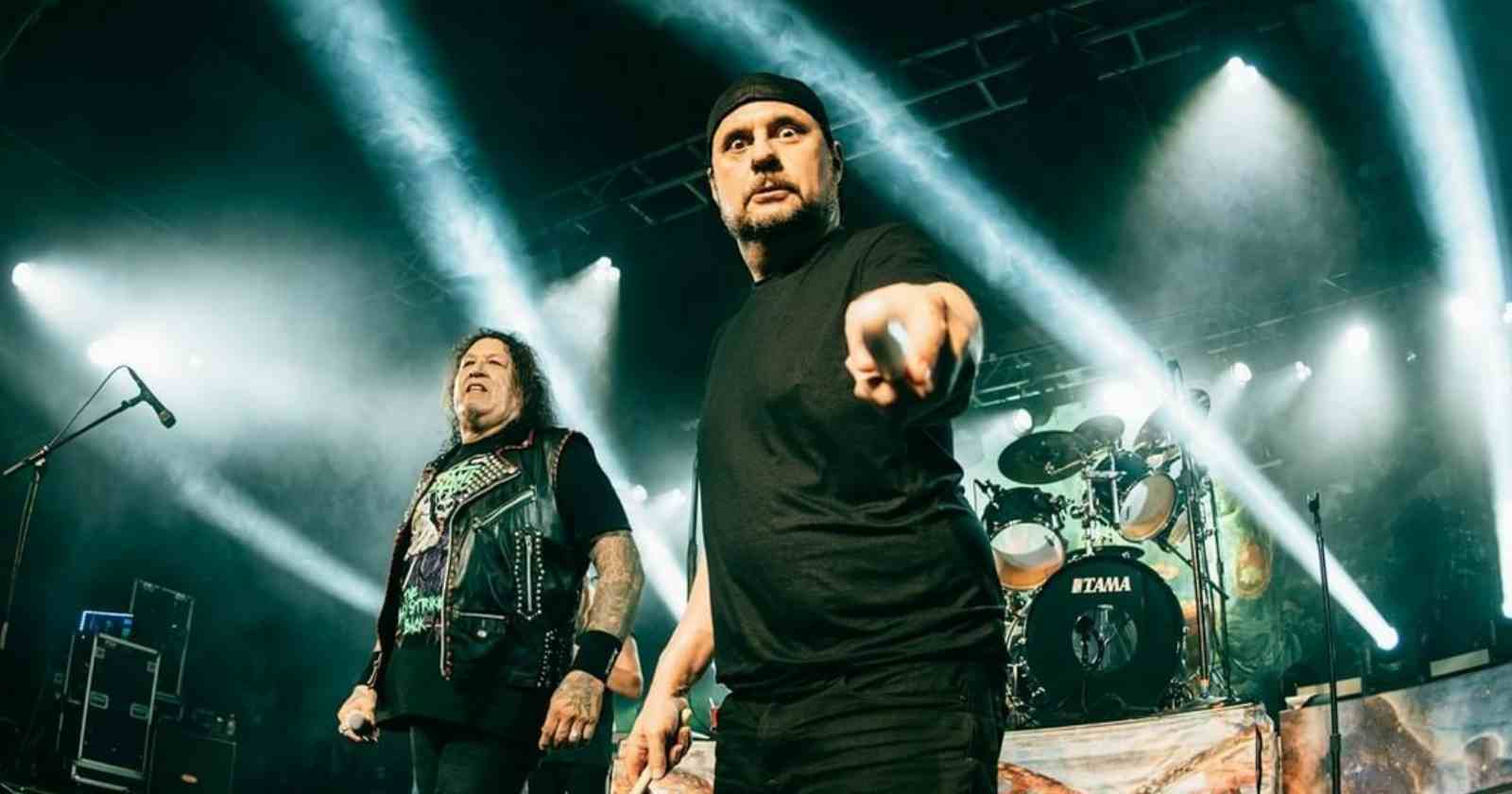 “I woke up one morning and my wife says to me, ‘You wanna hear the gossip?’ I go, ‘No more Kanye! Please!’ She said, ‘No, Gene [Hoglan] left Testament.’ I picked up my phone, texted Chuck [Billy] and said, ‘Hey man, I don’t have anything lined up this year – if you need a drummer, let me know.’ He called me right away and we figured out the schedule. Here I am, doing the second leg of the tour in Europe and it’s been great working with these guys! Master musicians,” Dave Lombardo said.

Besides Testament, the musician is also part of Suicidal Tendencies, Mr. Bungle (band he has with Scott Ian and Mike Patton), Dead Cross (With Mike Patton) and The Misfits.

The American group has a special tour scheduled for South America, Central America and Mexico next April and May with Kreator.