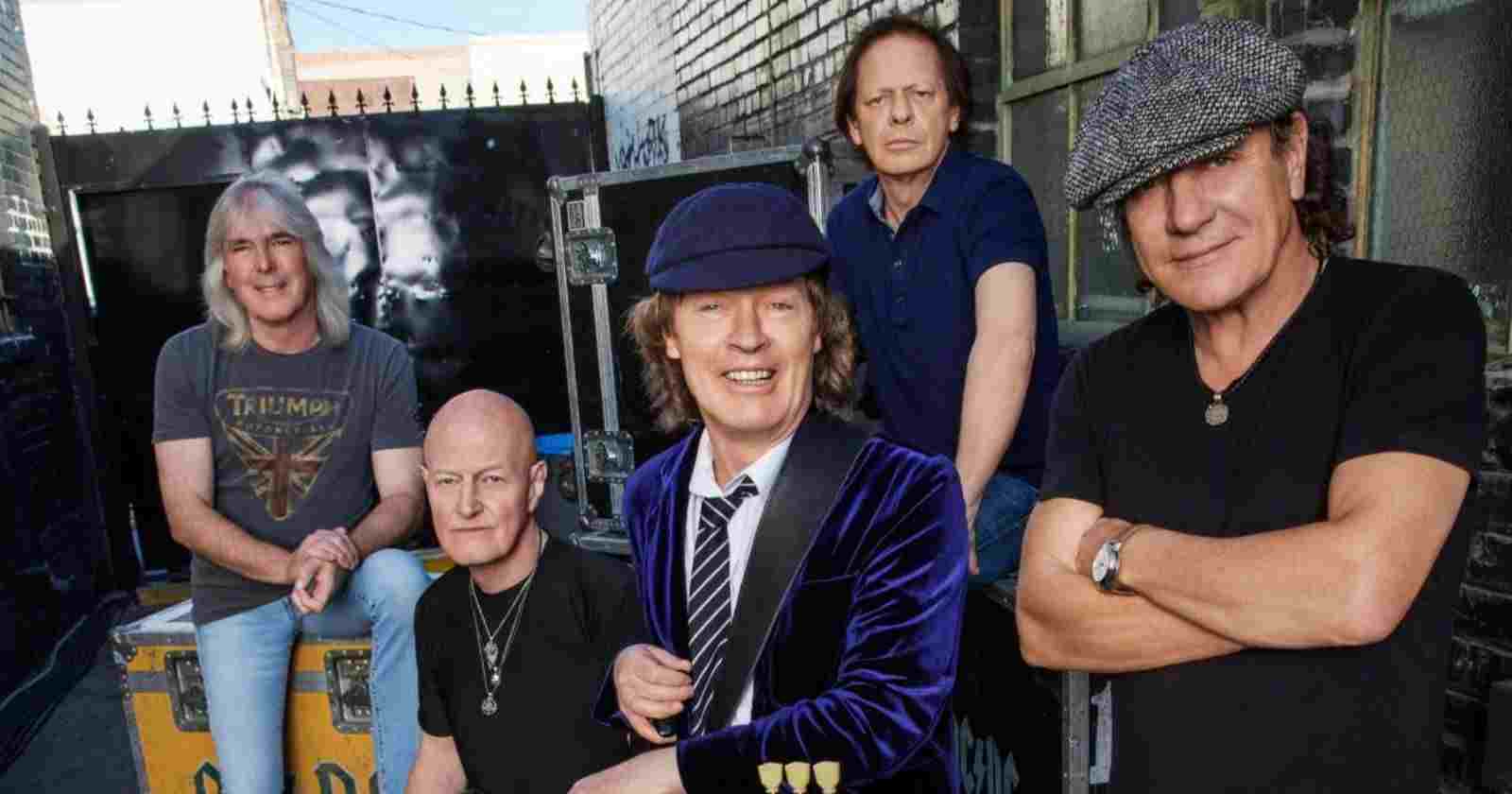 Legendary drummer Chris Slade that already played with Gary Numan, Tom Jones, Uriah Heep, Manfred Mann’s Earth Band and David Gilmour talked in an interview with Rolling Stone about when he was invited to join AC/DC back in the 80’s/90’s.

Chris Slade said about when he was invited to join AC/DC:

“I was working with Gary Moore all the way through 1988-89, about a year. They had the same manager, AC/DC and Gary Moore. His name was Stewart Young, no relation to the Young brothers. I think he put me forward. I think, actually, Malcolm came to a Gary Moore show in Birmingham [England].”

He saw me play that night. A few months later, after Gary Moore had finished, I got a call from Stewart Young saying I had a chance at an audition. What I didn’t know, I found out later, was that they had already auditioned 100 of the top players. People in bands would say, “Don’t tell my band, but I really want to try out with you guys.”

“I was told this by Dick Jones, the drum tech. He auditioned even people that weren’t professionals. He spent weeks auditioning people, like “OK, next …” This was without the band. He had been with them for 30 years by that time. He sorted the wheat from the chaff, and the professional players got proper auditions with the band playing with Angus, Mal, and Brian singing. We did things like “Back in Black,” Chris Slade said.

“It was an hour from my home, actually. It was just north of Brighton in England. I probably played about 10 songs, though I can’t remember. So I only remember that we played “Back in Black” and all the standards. I thought I had done really badly. At the end of it, I was like, “OK, see you. Thanks a lot.” I was so preoccupied at kicking my own butt since I’d done so badly that I got lost, an hour from my house. I phoned my wife and said, “Look, I’ve done the audition and I’m headed back now.” “How’d you do? How’d you do?” “Really badly. Terrible. I’ll tell you about it when I get back.”

“I get back to my house eventually, of course. She walks up the path and says, “So you did really badly?” I said, “Yeah, I shouldn’t have done that, shouldn’t have said that, shouldn’t have played that.” She said, “They just called and said to tell you that you got the gig.” They called before I’d even gotten home. I was number 100. Dick told me that and the guys confirmed afterwards. There were really top players, but I won’t mention any names,” Chris Slade said.

Tell me about recording “Thunderstruck.” That song became a key part of their comeback during that time.

“Angus and Malcolm had already written it, of course, as they write everything. They demoed it, like they always do. Angus or Malcolm were playing drums, real drums. I’ve heard a few demos where they use a drum machine as well. But it’s them hitting the buttons.”

“And so it was one of the demos I got to this album that had no title. I was told to learn those, and then we went into the studio. I think it was [Mike] Fraser, the engineer, that said, “Can you double your fills on that?” So I said, “Sure I can do that. No problem.” They just seemed incredibly surprised I could actually play the same thing twice. That’s the way it seemed to me. I did double the fills and made the thing much bigger. They said, “When that ‘thunder’ bit comes in, can you just dub a big tom on that with the ‘thunder?’” I said, “Sure.” They seemed surprised at that too. As a lot of drummers know, it ain’t that difficult,” Chris Slade said.

Do you recall much about making the video? It’s become super-iconic and you’re pretty prominent in it.

“I can’t remember sets and things like that. But David Mallet was the video guy and he set two cameras on the drums, which I thought, “Wow, what is going on here? Attention paid to the drummer!” It turns out he loves drums. He cut it in such a way that the drums are featured a hell of a lot, I’m very, very pleased to say,” Chris Slade said.

How was the tour? Those must have been some of the biggest crowds you’d ever played to. They were a stadium act at that point.

“To be honest, it wasn’t that much of a stretch for me. I played a week at Madison Square Garden with Tom Jones. I’ve done festivals, been to festivals both as a punter and an artist. It’s something I’ve done all my life since I was a teenager. To me, it’s another day at the office,” Chris Slade said.

What happened around the time of Ballbreaker?

“I did the demos for Ballbreaker. That’s when the split came about, when Phil came back in.”

How did you find out?

“I got a call. I’d been doing demos for Ballbreaker with Angus and Mal in London. They had a small demo studio. This went on for months, these demo sessions. I even ended up staying up in London because driving back and forth all the time was a real pain. To cut a long story short, I got this call from Malcolm. He was incredibly nice. I remember him saying, “This is not anything you have done or anything that you haven’t done, but we’re going to try Phil out again.” I went, “Oh, wow. That’s a biggie. So I’m gone then.”

“I actually did leave. No doubt, Phil would have come back in anyway, but it would have perhaps delayed the inevitable,” Chris Slade said.

Ozzy, Iommi and Geezer recalls how they composed the first album
Keith Richards recalls how he wrote Rolling Stone hit “Angie”
To Top