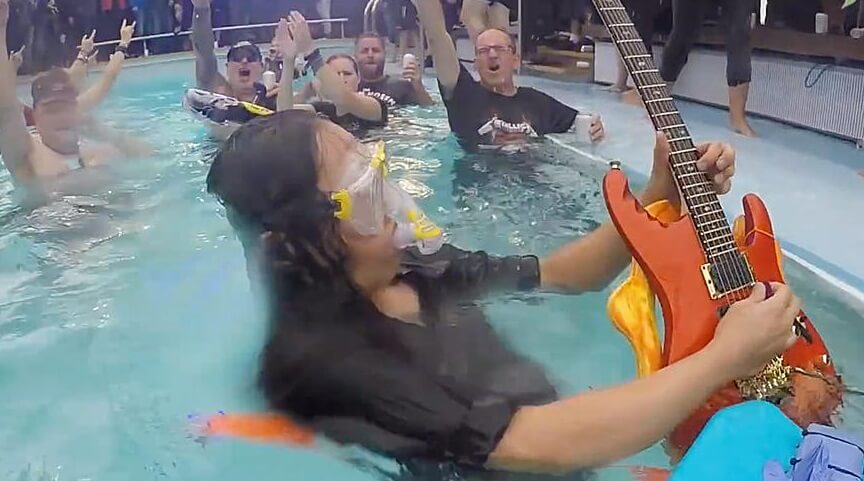 Total madness in a DragonForce show! During the Full Metal Cruise VII, with several presentations of Metal bands, the guitarist of the group, Herman Li, threw himself in the swimming pool and sent a guitar solo there.

DragonForce are a British power metal band based in London, England. Formed in 1999, the group are known for their long and fast guitar solos, fantasy-themed lyrics, and electronic sounds in their music to add to their retro video game-influenced sound. DragonForce have released seven studio albums, two live albums, one compilation album, one live DVD and one demo.

DragonForce were founded in 1999 by guitarists Herman Li and Sam Totman, under the name of DragonHeart. Totman and Li had both experienced being in a band previously, with both having come from the New Zealand heavy metal band Demoniac. The two later found vocalist ZP Theart through an advertisement, and soon acquired former Demoniac drummer Matej Setinc, bassist Steve Scott and keyboardist Steve Williams.

Setinc left the band in December 1999 to continue his studies in Slovenia, and was replaced by Didier Almouzni. The band also parted ways with Scott, who left to join Shadowkeep, in 2000.