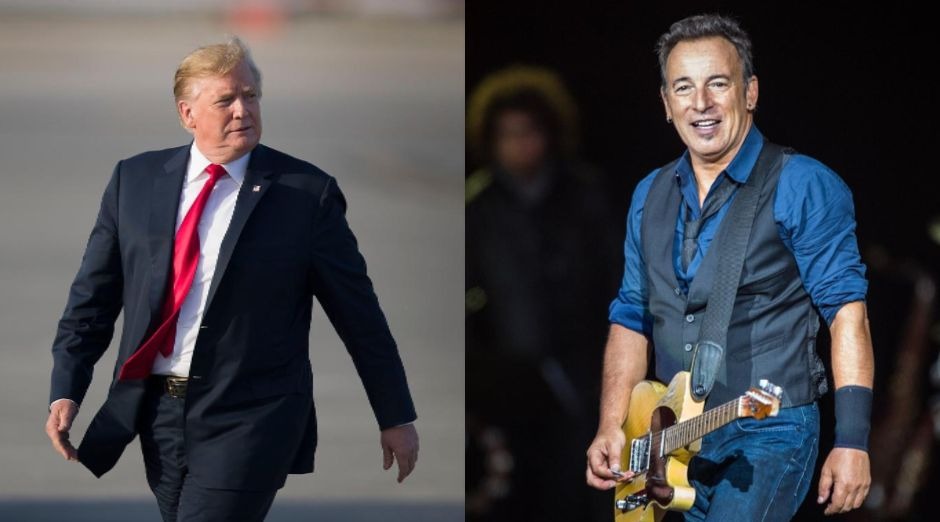 The US election campaign for 2020 is already in full swing. At a Target Center rally in Minneapolis, Donald Trump delivered some free attacks on music stars. Supporters and friends of former President Barack Obama, one of the them was Bruce Springsteen and the iconic couple Beyonce and Jay-Z.

About the musicians Donald Trump said:

“I didn’t need Beyoncé and Jay-Z, I didn’t need little Bruce Springsteen,” Trump said, referring to his 2016 election win. He went on to inaccurately criticize the Boss’ appearances at Hillary Clinton rallies, saying that Springsteen would “do about two songs then leave … and everyone leaves with him. And she’s still speaking in front of the same lousy crowd. Craziest thing I’ve sever seen.”

It is noteworthy that a cover band of “little” Springsteen canceled their participation in Donald Trump’s inaugural party years ago. Their motive was a respect for Bruce’s political position.

In addition to criticism of the world famous musicians, Trump got into trouble with another legendary musician, Prince.

By using an excerpt from Prince’s “Purple Rain” for his entry, the president broke a promise over a year ago. According to the late Twitter official of the late musician, Trump had promised not to use any Prince songs in his campaigns through a letter dated October 15, 2018.