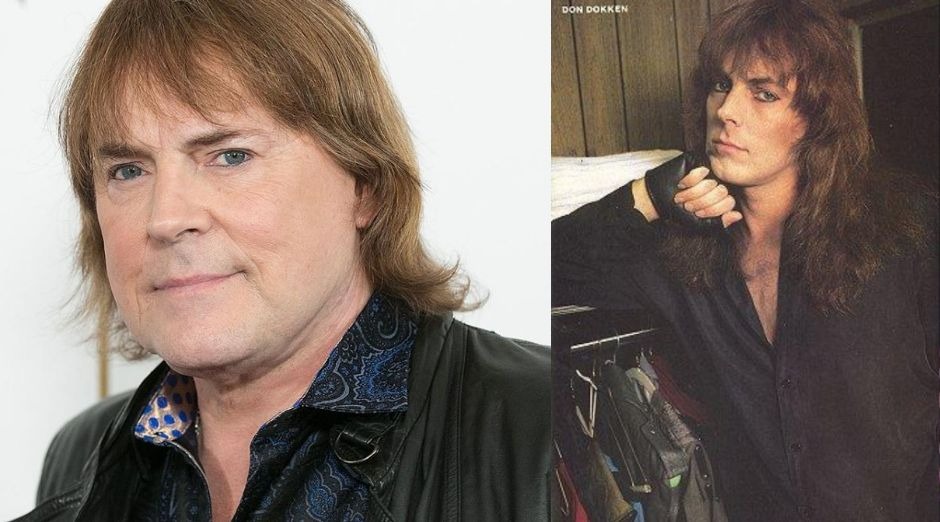 The legendary Dokken singer Don Dokken, released a health update after the reports that he lost his hand movements after a spine surgery were circulating. The musician explained that he is getting better and doctors expect him to “fully recover”.

In an interview made in January by Classic Metal Show, Dokken said his hands were “dead” he can’t move them.

In the interview he said, Don Dokken said:

“They don’t move. It’s very strange. It’s an interesting way to live your life. You’ve gotta learn how to feed yourself, wipe your butt, brush your teeth, dress yourself. [It takes] 20 minutes to put socks on, ’cause one of my hands works a little bit, but not very much.”

He also said he is doing “physical therapy four days a week. On a bike, and I’m pedaling my ass off, building up my leg strength, building up my arms. What’s left of my arms. My arms are completely atrophied. I don’t know what’s gonna happen with my whole hands situation.”

“They’re still paralyzed. So I think my guitar-playing days are obviously over. But that’s okay. I got 50 years to play guitar.”

Also, Dokken has 11 tour dates scheduled for 2020. The first one is in March and 9 of those dates will have George Lynch, ex-Dokken guitarist. His band Lynch Mob will be opening act to the concerts.

He is also intersted in hiring a personal assistante to help him:

“Basically babysit me. At least I can sing. My voice feels great. I just can’t hold a microphone.”

“Maybe some miracle will happen and slowly the nerves will reconnect and my hands will start working again. Or you’re gonna hear about me in the newspaper, ’cause I’m gonna go to the [surgeon’s] office and I’m gonna go over to the desk and I’m gonna pummel his face. And I’m serious. That guy fucked up. He was supposed to be the best of the best.”

“‘How come my fingers don’t move?’ ‘Why my hands are on fire?’ ‘How come I can barely walk? I’m on a walker. What the fuck did you do, man?’ And he goes, ‘Well, it happens sometimes.’ I love it when surgeons go, ‘Well, shit happens. It only happens in one of a thousand surgeries.’ So I’m Mr. One Thousand, apparently. So, I’m not happy about it.”

Official statement by Dokken said he is expected to fully recover

The official statement release on his social networks said it is expected for him to fully recover.

“Earlier today a series of interviews were put out on music news websites regarding Don’s health and use of his hands… That interview came out in early January 2020.”

“Don had neck and spinal surgery in early November 2019. There were some complications; Don’s right arm and hand were partially paralyzed as well as overall weakness in his body.”

“Since that interview in January, Don is doing much better and his doctors do expect him to fully recover but it will take time. He does continue to have difficulty holding items and at this time is unable to play guitar, this does not affect his voice. That being said, there are no changes at this time to the upcoming show schedule.”

“Don has been actively writing new music, is in great spirits, looks forward to the upcoming Dokken shows and greatly appreciates the outpouring of support.”