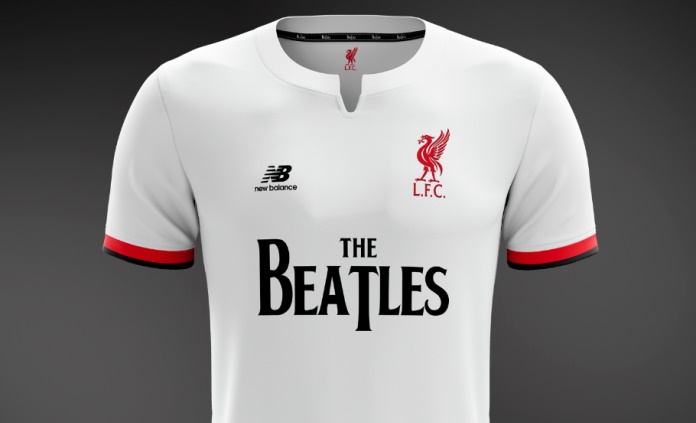 A designer decided to create a new shirt for the Liverpool football team and therefore decided to honor the Beatles with a shirt bearing the band’s name and the iconic image of the album cover Abbey Road, 1969.

Although it is only a concept and encountering various difficulties such as brand release and absence of the official sponsor (Standard Chartered Bank), fans started asking for the shirt to be officially produced. 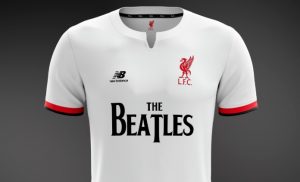 The Beatles was formed in Liverpool in 1960 and became the most successful and acclaimed music group in the history of popular music. With the initial line-up of Lennon, McCartney, Harrison, Stuart Sutcliffe (bass) and Pete Best (drums), the Beatles built their reputation in Liverpool and Hamburg pubs over a three year period beginning in 1960.

Sutcliffe left the group at 61, and Best was replaced by Starr the following year. Filled with professional equipment by Brian Epstein, who later offered to manage the band, and with its potential enhanced by the creativity of producer George Martin, The Beatles achieved immediate success in the UK with their first single “Love Me Do.”

Gaining international popularity from the following year, they toured extensively until 1966, when they retired to work in studio until its definitive dissolution in 1970. Each musician then went on to an independent career. McCartney and Starr remain active; Lennon was murdered in 1980, and Harrison died of cancer in 2001.